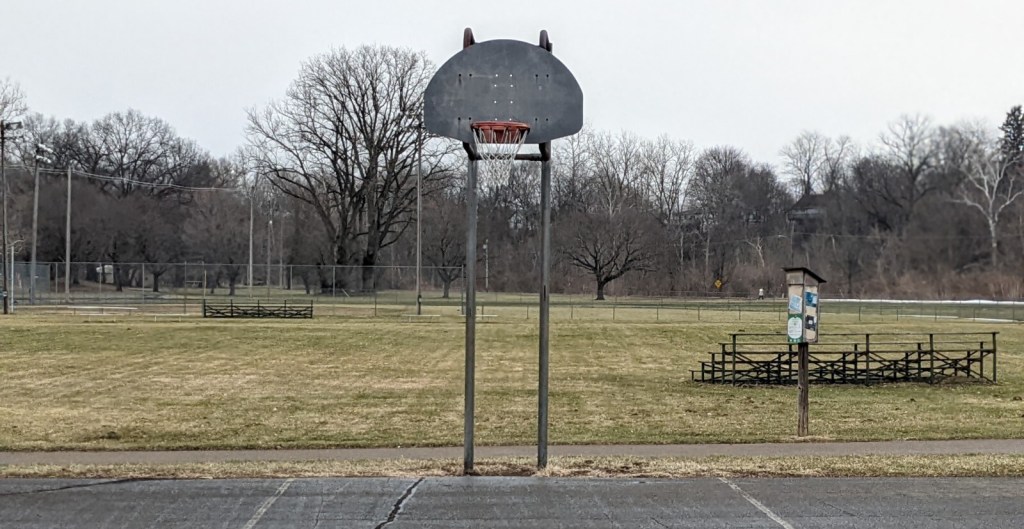 NILES — A public basketball court will soon receive a facelift, thanks to the generosity of an anonymous donor.

During its Monday meeting, the Niles City Council approved the removal and replacement of the basketball court located at Plym Park, 401 Marmount St.

The playing surface of the basketball court at Plym Park is beyond cosmetic repairs, according to a memo from City Administrator Ric Huff to the Niles City Council. The pavement has become uneven from several freeze and thaw cycles over the years and is in need of a complete removal with a subgrade under cut to ensure proper ground conditions are met.

The court has been sealed in the past and even though it worked, sealing of the cracks will not be effective anymore due to the extent of the poor surface condition.

Xact Excavating LLC of Olivet, Michigan was awarded the contract for the project, which entails a complete removal with a 12-inch undercut, renovating current four posts, four backboards, and four rims, installing a new 6-inch thick 54-by-88-feet concrete basketball court, painting of the lines on the court, and installing two additional posts, backboards, and rims with nets.

“We’re going to gut everything that’s there,” said Public Works Director Joseph Ray. “It’s gonna be striped as just one full, regulation-sized concrete court. We’re gonna refurbish the existing goals, paint them and make them look nice and reinstall them.”

Work is expected to be completed on June 1. Once open, the court will be ready for recreational use as well as for tournaments, camps and more.

Ray is thankful for the large donation and believes the park will be put to good use.

“With my department, we don’t see [donations] like that a lot,” he said. “It’s huge, especially with our park budget being very minimal for maintenance and we consider this project to be maintenance. It’s there, it’s existing, it has fallen into disrepair, and we need to make it up with this donation. … It makes a world of difference to be able to have that money because otherwise it would just be another band aid that would last another couple years.”