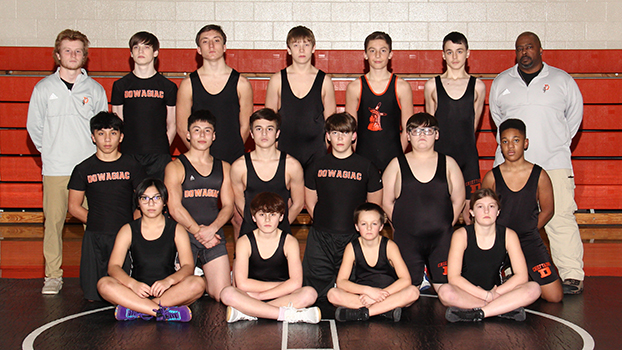 “We have had a great season,” said Dowagiac Coach Andy Crawley. “We’ve developed some new wrestlers and improved our seasoned wrestlers, and the future’s looking bright. The coaches would like to thank the parents for all of their support and for allowing us to coach their athletes.”

Crawley also thanked the wrestlers who will be moving on.

“Eighth graders, it has been a pleasure coaching you for the last couple,” he said. “Good luck next year at the high school. Continue to grow and learn and no door will be closed to you. Sixth- and seventh-graders, let’s continue to get better. I’ll see you next year. Great job.”