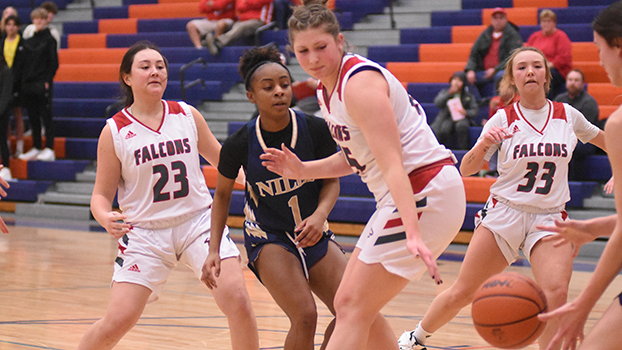 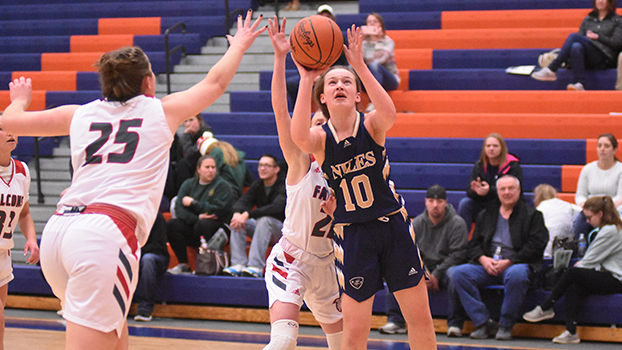 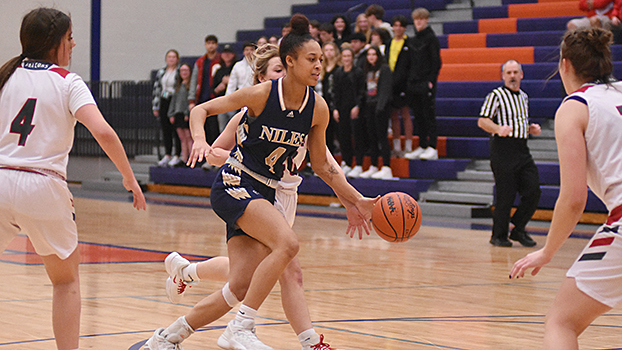 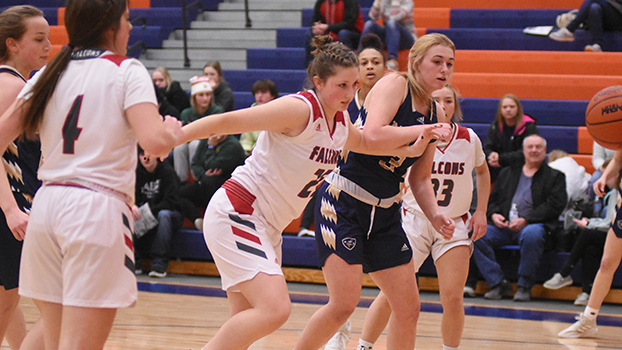 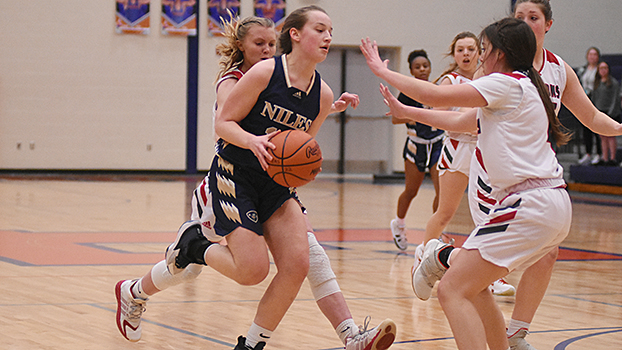 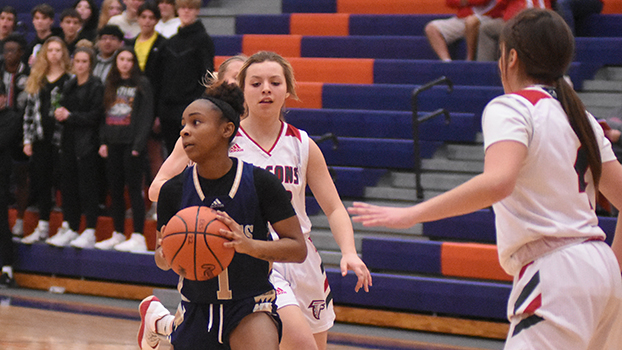 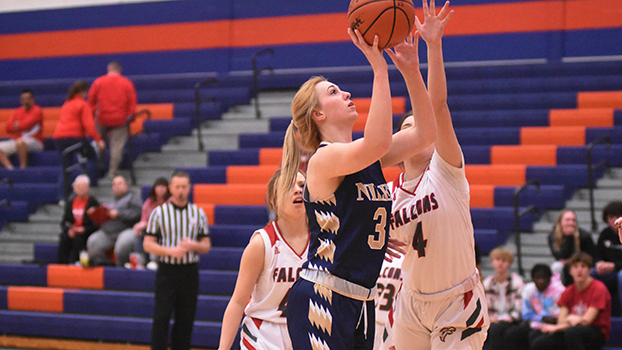 EDWARDSBURG — The first quarter of the Division 2 Girls District Basketball Tournament was not a pretty sight to see.

Fortunately for Niles, things got better as the game went along and the Vikings were able to defeat Constantine 47-30 to advance to Wednesday’s semifinal against Vicksburg.

“It was very ugly,” said Niles Coach Jessica Johnson. “A very slow start. I don’t know what was going on. We made some bad choices in our shot selection. We just seemed a step slow.”

Johnson said her team got better each of the final three quarters, which allowed them to turn a 5-4 deficit into an 18-9 halftime lead, which the Vikings stretched to 34-18 heading into the final quarter.

“Maybe we were a little bit nervous,” she said. “Hopefully, they got that out of their system.”

Niles turned up the defensive pressure on the Falcons starting in the second quarter, and it paid dividends as the Vikings were to create turnovers, which led to easy baskets.

Palmer and Patterson were joined on the court Monday night by another Southwestern Michigan College women’s basketball signee — Constantine’s Charlee Balcom. Balcom finished with 10 points for the Falcons, who also got seven points from Megan McNamara.