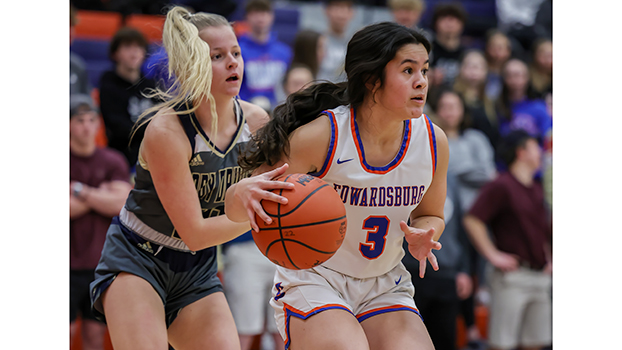 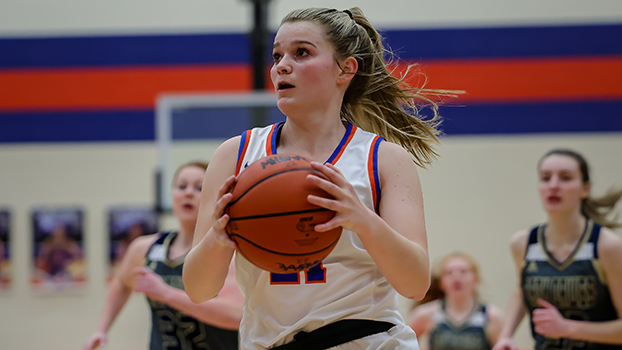 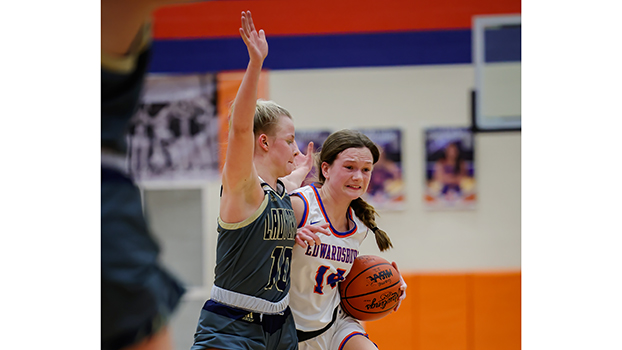 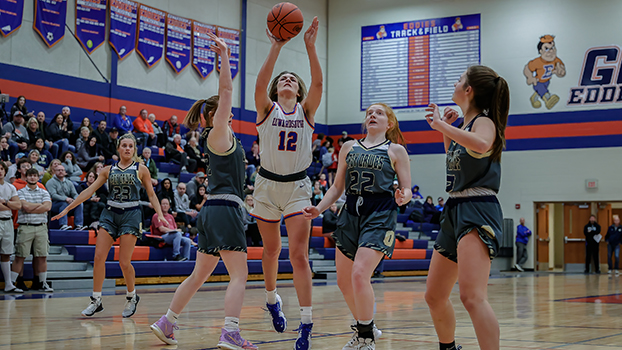 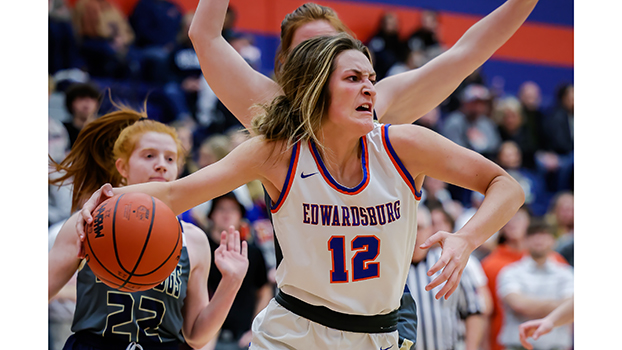 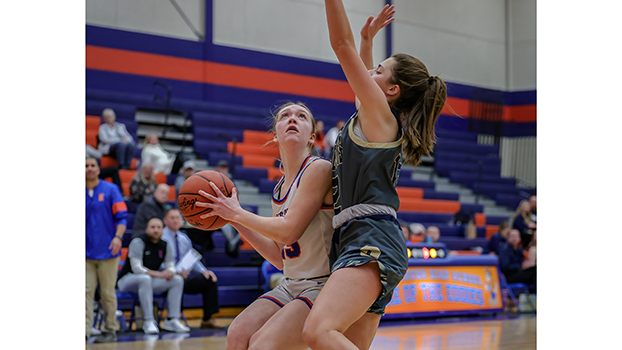 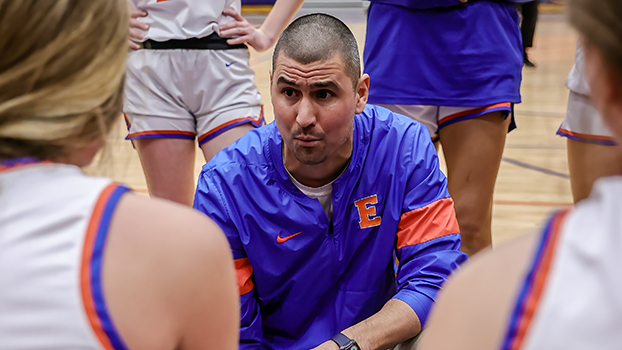 EDWARDSBURG — It was the most challenging game of the season for No. 6-ranked Edwardsburg as the undefeated Eddies captured their fifth Wolverine Conference girls basketball championship in the past six years Friday night.

Visiting Otsego, which had dropped a 52-32 decision to Edwardsburg during the regular season, was looking for some revenge. The Bulldogs gave the Eddies everything they had before falling 52-42.

The win improved Edwardsburg to 20-0. The Eddies now turn their attention to the postseason, which begins Monday. Edwardsburg is hosting the Division 2 District Tournament. The Eddies are the No. 1 seed and will face Wolverine Conference foe Three Rivers in the semifinals Wednesday night.

Veteran Edwardsburg Coach Jon Pobuda did not mind that his team was pushed by the Bulldogs, especially since the Eddies came out on the right end of the score. He feels it will get his team better prepared for the postseason more than another blowout would have.

“It was good for us to struggle through some adversity and still be able to come out on top,” he said.

The Eddies struggled early, trailing Otsego 7-2 in the opening stages of the contest. Edwardsburg was unable to find the range in the first quarter, but was able to cut the lead to 9-7 by the end of the opening eight minutes.

Otsego upped its advantage to 12-7 in the second quarter, but a 13-2 run by Edwardsburg turned the tide of the contest. Leading 20-14, the Eddies, behind the play of junior Averie Markel, was able to take a 30-22 lead into the locker room at halftime.

Markel scored 13 of her career-high 19 points in the opening half to ensure the Eddies would not relinquish its hold on the conference championship or let an undefeated year slip away on the final night of the regular season.

“It didn’t seem like we were ever able to get into a rhythm tonight and give credit to Otsego for that,” Pobuda said. “Averie stepped up early and kept us in the game and probably played her best game of the season.”

The Bulldogs (16-4) would not go away. With the Eddies again struggling from the field, Otsego used an 8-0 run to tie the game at 30-30 with 4:23 to go in the third quarter. Unfortunately for the Bulldogs, they lost starter Aly Aldrich to injury at the 5:11 mark of the quarter. She did not return.

Edwardsburg used a run of its own to regain control of the game, sparked by a Markel 3-pointer, the Eddies went on a 15-1 tear that not only lasted through the rest of the third quarter, but well into the final eight minutes of play.

While the Eddies are used to winning championships, the 2021-22 version may be one of its best. Edwardsburg only has eight players on the varsity roster, of which several have missed one or more games due to injury. The team has battled through illness and still managed to win all 20 games in the regular season.

“It feels great to go undefeated, but the real season begins next week,” Pobuda said. “Our girls played hard all season and deserved this conference championship. It’s a great group of young ladies and I couldn’t be happier for them.”

One of the players who has been injured is Caitlin Tighe, who suffered an ankle injury two weeks ago. Tighe was out of her walking boot Thursday night, but did not dress against the Bulldogs and is not expected to play Wednesday against Three Rivers.

”Tighe could possibly be ready by next Friday but definitely not Wednesday,” Pobuda said.

Besides Markel, Edwardsburg also got 19 points from senior Macey Laubach and seven points from Ella Castelucci, who battled foul trouble most of the night.