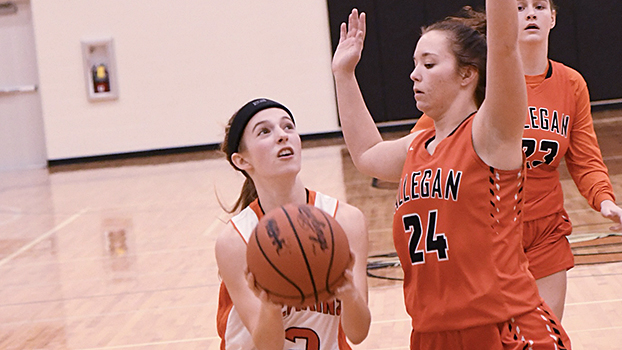 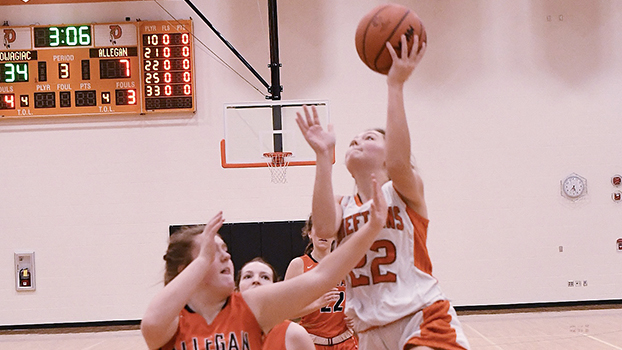 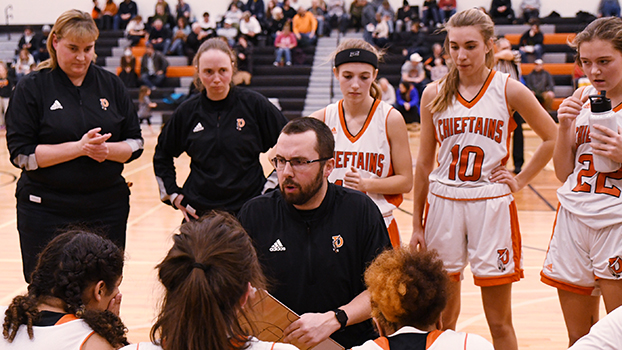 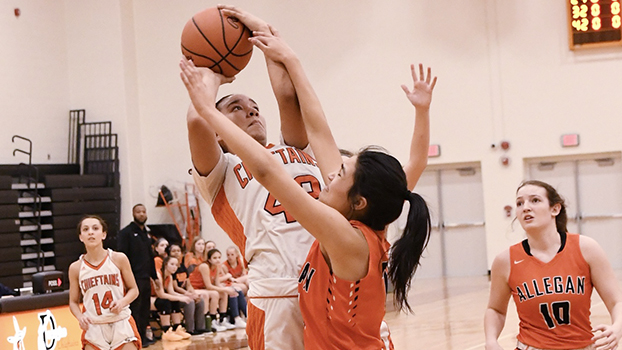 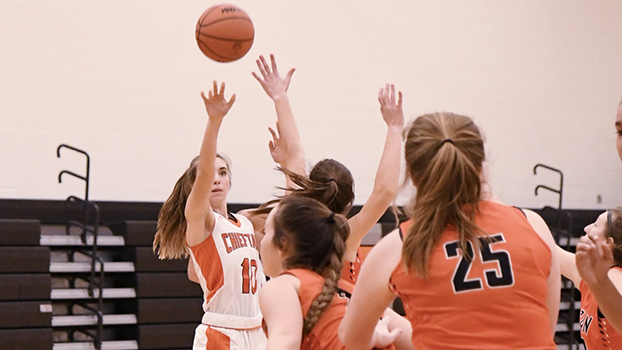 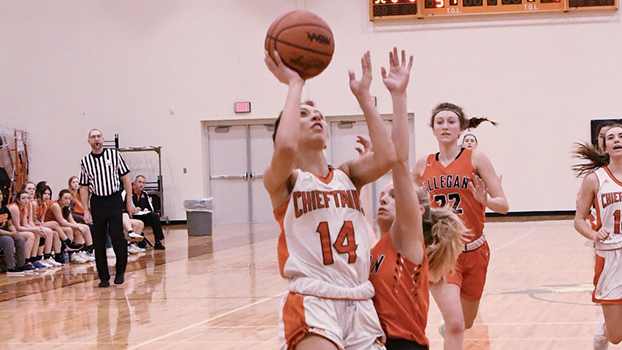 DOWAGIAC — It has been a roller coaster season for the Dowagiac girls basketball team.

After starting the season with six consecutive losses, and eight in its first 10 games, the Chieftains never stopped working to become a better basketball team.

Following Thursday night’s 53-11 rout of Allegan in their Wolverine Conference crossover and regular season finale, the Chieftains roll into the postseason on a five-game winning streak.

Dowagiac (7-13) earned its first win of the season Jan. 4 when it defeated Coloma 34-28 in a non-conference contest. Back-to-back losses could not meet the Chieftains from dropping their heads and mailing in the rest of the season.

A win over Berrien Springs, 45-28, appeared to have Dowagiac heading back in the right direction. Unfortunately, illness played a role in the Chieftains losing five straight games between Jan. 21 and Feb. 4.

Since that 52-42 Wolverine Conference South Division loss at Niles, in which Dowagiac led at halftime, the team has turned around its fortunes.

Allegan was the first victim of the winning streak as the Chieftains defeated the visiting Tigers 40-24. Then came an upset win over Niles (49-45) that seemed to give Jason Turner’s team confidence heading down the stretch.

Dowagiac continued its winning ways by defeating Three Rivers 43-33 on the road, South Haven 29-25 in overtime, and Allegan Thursday night.

“Tonight was a great night all around,” Turner said. “It was great to end the regular season this way. I am so happy for this team and especially my seniors being able to get that one last home win tonight before we head into the postseason.”

Those seniors — Calley Ruff and Makayla Hill — have played key roles in helping this team win more consistently in 2021-22. Although a bulk of the scoring is being done by junior center Alanah Smith and sophomore point guard Maggie Weller, Ruff and Hill have both come up big in key situations throughout the season that has helped Dowagiac win more games this season that the last two combined.

Hill finished with nine points, while Ruff added five points against the Tigers. Weller led Dowagiac and all scorers with 16 points. Smith, who is one of the area’s top scorers, added 11 points.

There was no doubt about the game’s outcome after just eight minutes of action.

The Chieftains jumped out to a 17-1 lead on the Tigers, which they increased to 27-3 by halftime. Dowagiac led 40-9 heading into the final quarter of the regular season.

“Our defensive effort was fantastic tonight, and we finally played patiently offensively, which worked out great for us,” Turner said. “We had some balanced scoring tonight, which is great heading into districts.”

Dowagiac will head to Berrien Springs to begin Division 2 District Tournament play Wednesday as it faces No. 1 seed Benton Harbor. The Tigers, who are also enjoying an upswing with its program, was 10-7 heading into Thursday night’s game against Wyoming Lee.

Benton Harbor defeated Berrien Springs 62-24 and South Haven 31-20, but lost to Paw Paw 62-27. Dowagiac lost both of its meetings with the Red Wolves.

The winner advances to the district championship game at 7 p.m. next Friday. It will face either Coloma, Berrien Springs or South Haven.