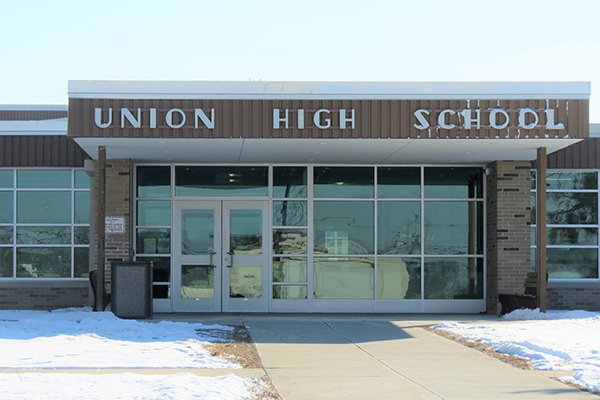 DOWAGIAC — After less than a year with the district, one local administrator is leaving her position.

The Dowagiac Union School Board on Monday approved the resignation of High School Principal Stephanie Mitchell, who has stepped away for health reasons.

After spending her summers in Sister Lakes as a youth, Mitchell made the move back to the area prior to the 2021-22 school year, after retiring as an administrator and teacher in the Chicago area.

“Dowagiac Union Schools appreciates Ms. Mitchell’s desire to become a part of the Dowagiac area community by bringing her 20-plus years of administrative experience to DUHS,” said Dowagiac Superintendent Jonathan Whan. “Her choice showed courage and a willingness to challenge herself, which are quality characteristics of any educator.  We are sorry her time of working with the students and staff was shortened due to health concerns, and we wish her all the best, a speedy recovery and good health.”

Assistant Principal Bryan Sperling has taken over as interim principal, and the district is seeking a new assistant principal to help support Sperling.

“In the meantime, we’re using staff to help him,” Whan said. “That was what we felt was the best way to go.”

Whan said the district will be posting the principal’s position as available shortly, and hopes to have a full-time replacement before the end of the school year.

“My ultimate goal would be to be done and recommending someone to the board at the May regular board meeting,” said Whan, adding the meeting is scheduled for May 23. “We pushed it back two weeks, so we’re going to have almost a full three months to make sure we get enough posting out there and then see what interest is out there.”

During the board meeting, Whan also provided an update on happenings around the district:

Whan added that he has been meeting with high school students at the district’s strategic planning committee sessions, listening to their ideas for improvements to the high school.

“It was really interesting to work with the kids on those ideas,” Whan said. “In fact, it went so well after the first one, they said ‘let’s do another one.’ That one went well, and they want to do more. So in the future, we’ll take the high school principal to have those conversations. It’s a great group of kids.”

In other business, the school board: