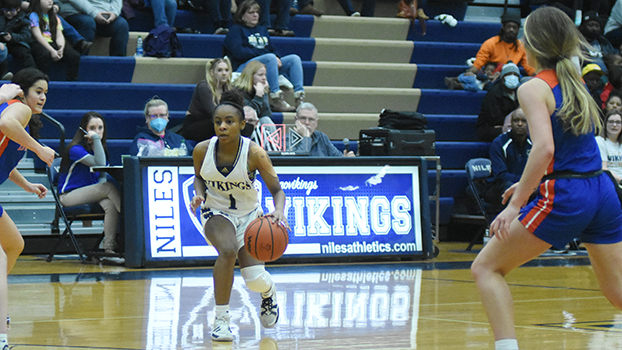 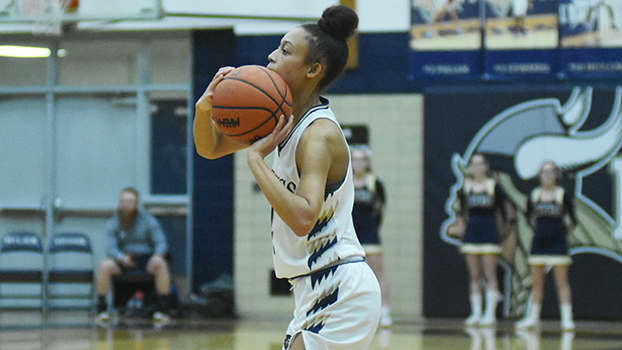 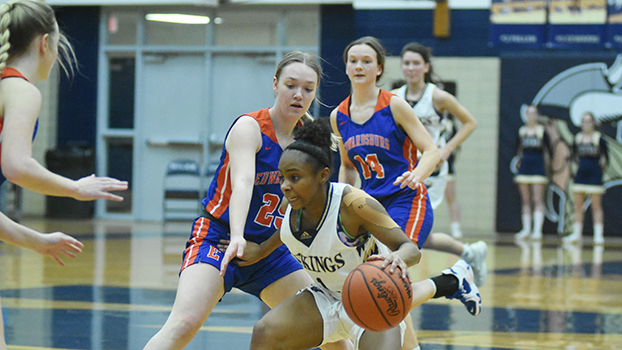 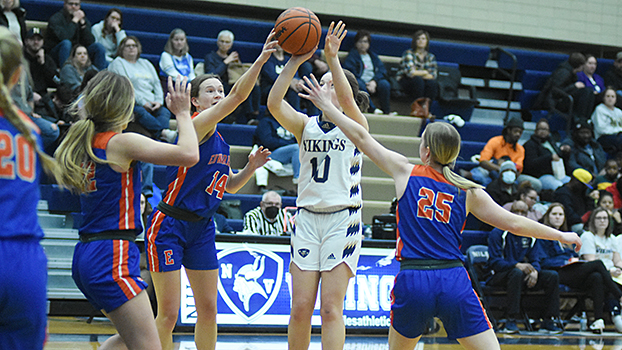 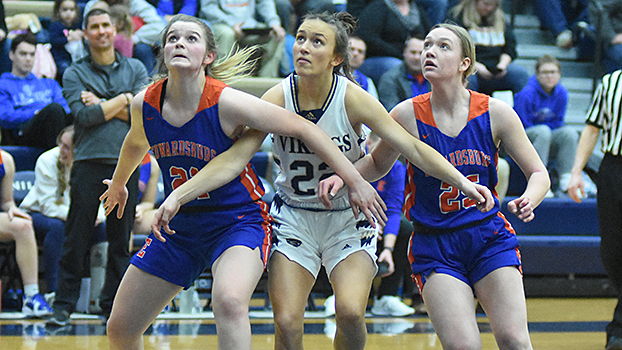 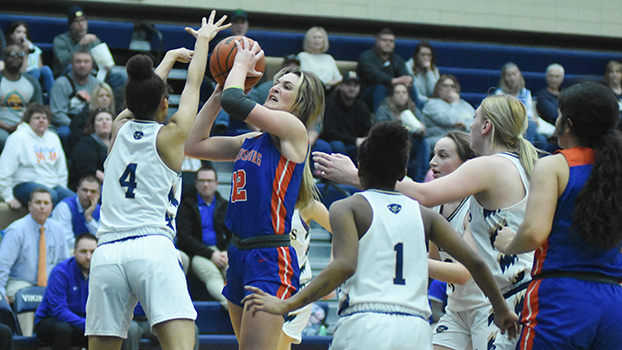 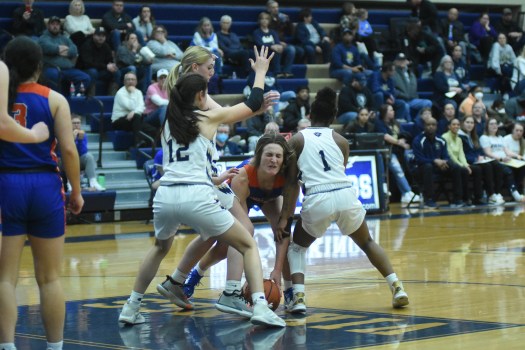 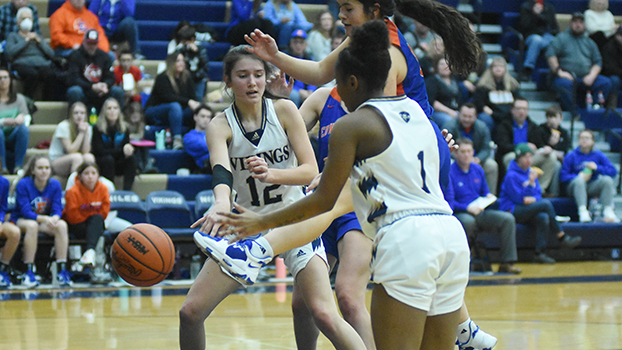 The No. 6-ranked undefeated Eddies rolled to a 70-26 win over Niles as they improved to 18-0 on the season and 8-0 in South Division contests. Edwardsburg will host Otsego, the North Division championship, for the Wolverine Conference title Thursday night. Tip-off is set for 7 p.m.

The win may be costly for the Eddies, who were already down one player as Caitlin Tighe suffered a severe ankle injury the previous Friday night. According to Edwardsburg Coach Jon Pobuda, Tighe is out two to four weeks, but he hopes to have her back in two weeks.

Against the Vikings, Lindsey Dalenberg also suffered an ankle injury. The injury is less severe than Tighe’s, so the Eddies are hoping to have her back by the start of the state tournament, which begins Feb. 28.

With only eight players on both the varsity and junior varsity squads to start the season, Edwardsburg can ill afford to lose players for any length of time.

“It was the same injury [as Tighe’s]. She went up for a rebound and came down on someone’s foot and rolled it,” Pobuda said. “So, we just got to do what we can make sure get health and stop getting hurt. Especially now that it is the end of the season.”

Edwardsburg was already trying to figure out new rotations without Tighe as a part of it. Heading into the Wolverine Conference championship game against the Bulldogs, those rotations just got a little bit tougher to figure out.

“This might make a little more complicated for next week,” Pobuda said. “But the girls are playing hard. They are giving us their full effort. We just need to make sure we are focused and concentrating and finishing at the basket. We are getting the turnovers, but we are just now finishing like we should.”

The Eddies will get one to work on their rotations before facing Otsego, as they host Lakeshore in a non-conference game tonight.

Edwardsburg jumped out to a 17-7 lead on the Vikings, who struggled offensively all night long. The Eddies led 33-14 by halftime and 53-18 heading into the fourth quarter.

The Vikings (7-11, 3-4 Wolverine South) did not have a player reach double figures. Kamryn Patterson led Niles with nine points, while Elly Matlock and Natalie Lucero both finished with six points. The Vikings’ leading scorer, Amara Palmer, was held a single basket.