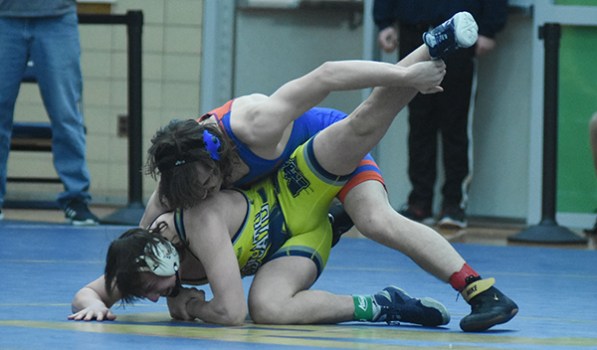 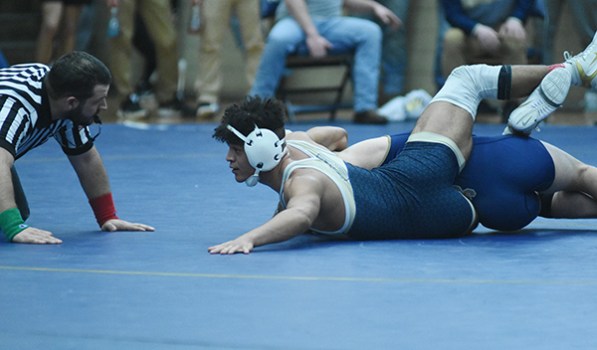 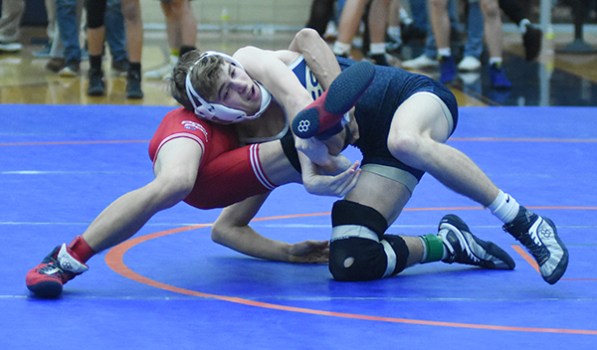 A total of 29 wrestlers from the six schools in the Leader Publications coverage area entered Saturday with the opportunity to advance to the state finals at Ford Field in Detroit March 4-5.

Only eight wrestlers advanced to the championship round of the tournament. None were regional champions.

Host Niles had a pair of third-place finishers, while Edwardsburg also advanced one wrestler.

Senior Conner Pickens (41-3) finished third at 112 pounds by pinning Noah Dahkle, of St. Joseph, in 2:29 in the consolation finals. Pickens was 3-1 on the day, his only loss coming at the hands of Levi Baker, of Fowlerville, in the semifinals. Baker was the regional champion.

Sophomore Julian Means-Flewellen (29-12) was also third as he blanked Elijah Ratliff, of Chelsea, 4-0, in the 152-pound consolation finals. Means-Flewellen was also 3-1 on the day. He was defeated in the opening round by Ratliff 5-3 on a tiebreaker.

Edwardsburg’s Nathan Andrina (30-7) pinned Pinckney’s Brady Raymond in 4:04 of the 171-pound consolation final. Andrina was 3-1 on the day, his only loss coming to Mason’s Derek Badgley, who was the regional runner-up.

Dowagiac advanced a pair to the state finals after they placed second and third, respectively, at Constantine High School.

Senior Jordan Simpson (40-7) lost to Clinton’s Connor Younts, 1-0, in the 112-pound championship match. For Simpson, it was career victory No. 149. He pinned his first opponent, Aiden Bocanegra, of Napoleon, in 1:26, while he won by injury default in the semifinals.

The Bobcats’ Gavin Schoff (40-6) finished second at 152 pounds as he was defeated by Auddie Terry, of Galesburg-Augusta 6-5 in the championship match. Schoff was 2-1 on the day as he opened the tournament with a technical fall before pinning his semifinal opponent.

Kaiden Rieth (33-12) and Philip McLaurin (40-7) both finished third in their respective weight classes.
Rieth pinned Ernesto Rodarte, of Hartford, in 4:19 of the 112-pound consolation finals. He was 3-1 on the day, with his only loss coming in the semifinals to Martin-Climax Scott’s Trent Kimmell. Kimmell was the regional champion.

McLaurin decisioned White Pigeon’s Seth Miller 4-2 in the 215-pound consolation final. McLaurin went 3-1 on the day, his only loss coming to Gabe Iobe, of Union City, in the semifinals. Iobe was the regional runner-up.