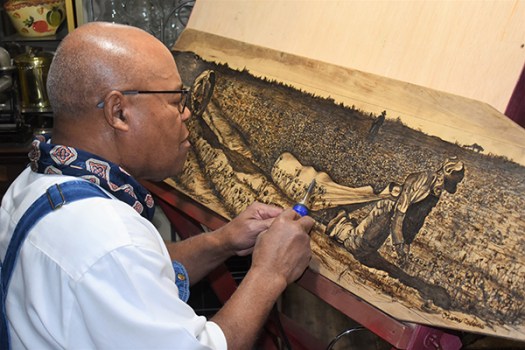 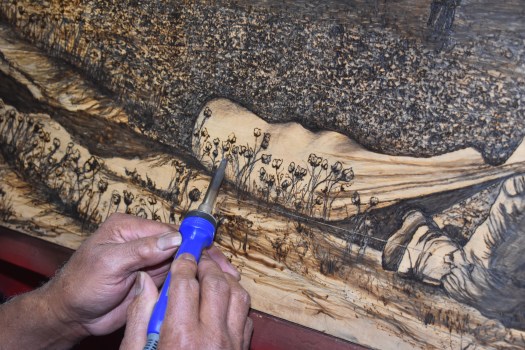 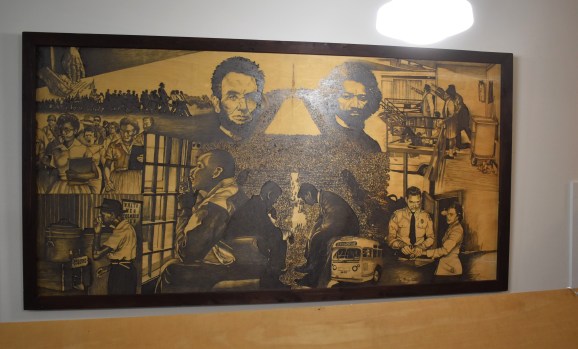 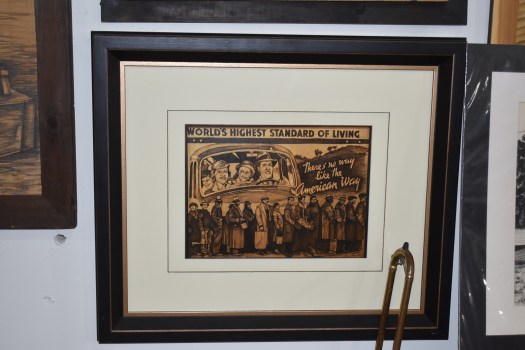 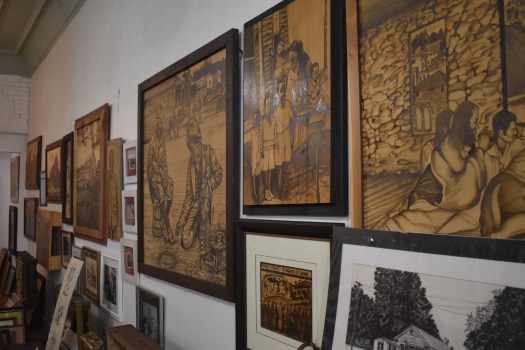 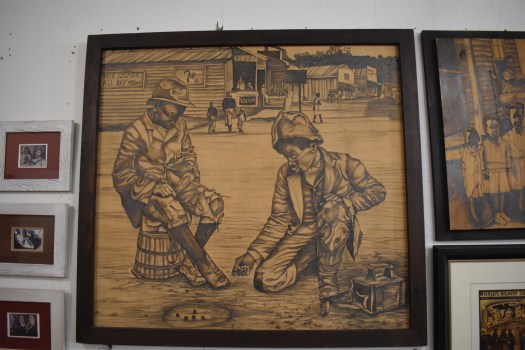 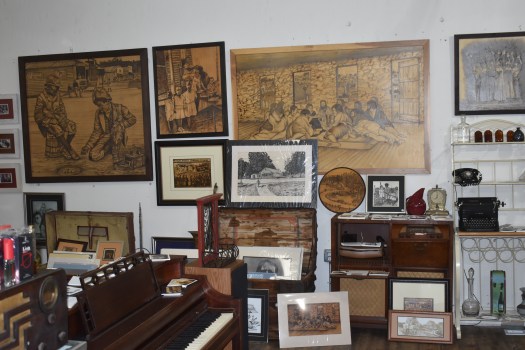 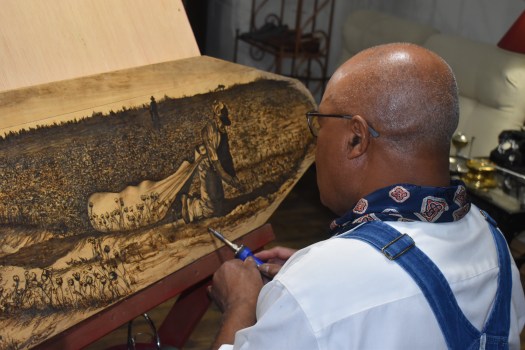 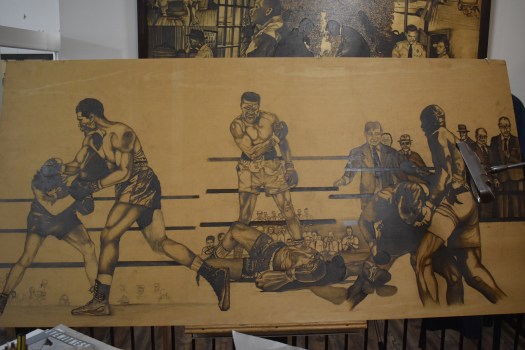 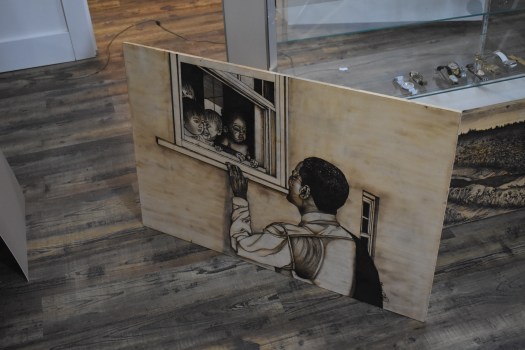 In honor of Black History Month, Leader Publications is celebrating African American leaders in business, government, arts and community involvement who are making a lasting impact on southwest Michigan.

DOWAGIAC — Seated next to a glass jar with a cotton flower inside, local artist O’Larry Collins couldn’t help but think of his past as he put the finishing touches on his latest piece.

As Collins, owner of art and clothing store Art Enuh Suit in downtown Dowagiac, worked on the piece — a wood-burned scene of cotton pickers in a southern cotton field — he reflected on his childhood growing up in a similar place.

“I picked cotton,” said Collins, who spent his early years in Rolling Fork, Mississippi. “My father was the man who took everybody to the fields to pick cotton.”

As a medium for this wood-burned piece, Collins chose an old wooden ironing board to depict a scene featuring a man on his knees picking cotton, dragging a long sack of cotton behind him as he harvests the crop.

“Those bags are heavy, man,” said Collins, as he burned stress lines onto the sack, which is nearly the length of the man harvesting cotton. In the next row, a female cotton picker is getting ready to remove her full sack from the field. In the distance, rows and rows of cotton are ready to be picked.

“She just got done, then she’s getting paid from the owner of the field,” Collins said. “It’s not from Mississippi, but it’s a southern scene because of all the cotton.”

Collins said he is often inspired by scenes of black history, and no work of his is more prominently featured than “Segregation,” which takes up nearly an entire wall toward the back of his
store. The piece, which took nearly a year to complete, is a collage of scenes and images from the freedom marches to “whites only” water fountains and the assassination of Martin Luther King Jr. Also featured are images of Abraham Lincoln, Frederick Douglass, Rosa Parks and more.

“You’ve got the two Kennedy boys sitting there who don’t know what to do about the situation that’s going on in the world,” Collins said. “That’swhat caused me to do [these pieces], just thinking about the history.”

He also features a piece depicting a 1930s scene with people waiting in a soup line in front of a billboard with a car full of smiling, middle class people in a car next to the words “There’s no way like the American way” and with “World’s highest standard of living” across the top. The piece is titled “For Who?”

“We’ve come a long way since then, from where we were,” Collins said. “We’ve still got problems, but it’s problems for everyone.”

One issue Collins believes is still a problem, however, is police violence toward civilians.

“That’s real bad, but it was worse back then,” he said, gesturing to his “For Who?” piece. “People are mostly better now … but it only takes one bad apple and then the whole bushel is ruined. People tend to remember the bad more than the good, and that’s sad.”

For 45 years, Collins has been using the wood burning technique to create his art, typically drawing inspiration from an old photograph. As he explained his process, which involves using a soldering iron to burn images into wood, a visitor to the store took a moment to marvel at his work.

“It’s just an incredible place you have here,” said Anthony Prino, a Chicago transplant who recently moved to the Sister Lakes area. “It’s amazing the way your art tells a message, it’s like looking at someone’s life and talking about our culture and our history.”

That snapshot of someone’s life, Collins said, is why he is not on a hunt for a photo of a clothesline scene for his next ironing board project.

“You can tell by looking at the clothes, what type of people live in that house,” said Collins, adding he needs find the perfect photo to tell the story. “I’ve seen some devastating clotheslines, but you don’t see them that much anymore. … When you see pictures online, it’s not as real as what I’m looking for. I’m looking for a real one.”

As part of the piece, Collins envisions a clothesline stretching across his ironing board canvas, with a pole in the middle propping up the heavy clothes.

“It’s that kind of stuff that carries the stories,” Collins said. “The message is beautiful, and the picture is beautiful because is carries a message.”