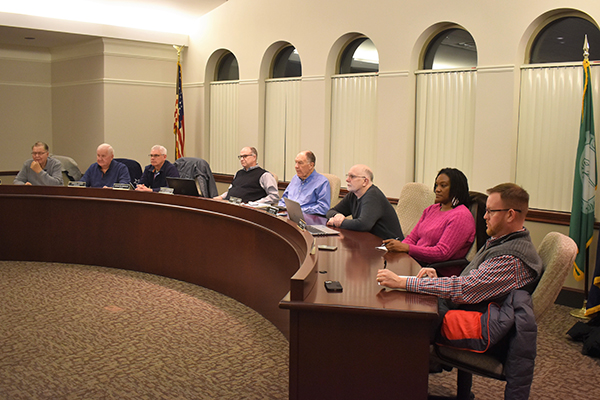 For the first time since 2013, the Dowagiac City Council approved a resolution to increase the funding level of its Downtown Façade Incentive Program from $2,000 per building front to $4,000. It also increased the program’s total annual budget to $16,000, making up to four properties eligible.

According to City Manager Kevin Anderson, the incentive program requires no less than an equal investment by the building owner, who must submit plans and construct to agreed-upon design specifications to be eligible for reimbursement.

“Given the increased cost of construction and the effectiveness of the program, it is recommended that the incentive be raised,” Anderson said. “We don’t always spend the full budget, but it’s nice to have that there as part of encouraging improvements to the downtown facades.”

When the former Zeke’s restaurant building space was sold, the agreement included terms that the new owners would apply for façade improvement grants through the program.

In other business, the council approved a resolution to authorize a lease with Jackson Tire for the space at 509 S. Front St., the former site of Flint’s Auto Repair. In January, the city authorized the purchase of 507-509 S. Front St. and 511 S. Front St. as part of future redevelopment plans.

Anderson said the city is advancing in its progress toward closing on the properties, and Jackson Tire expressed interest in 509 S. Front St.

“As luck would have it, Jackson Tire is in a spot where it appears they’re going to be losing their leases,” Anderson said. “We thought if we looked at the possibility of a month-to-month lease with them, we could easily move on when the time comes for our redevelopment. … I think it’s a good arrangement to help someone with a short-term need help us with a short-term need.”

In other business, the council also: