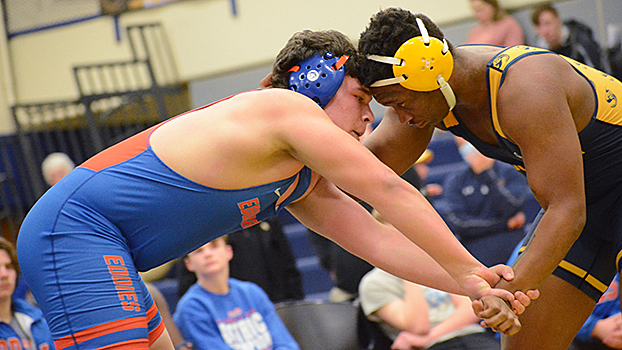 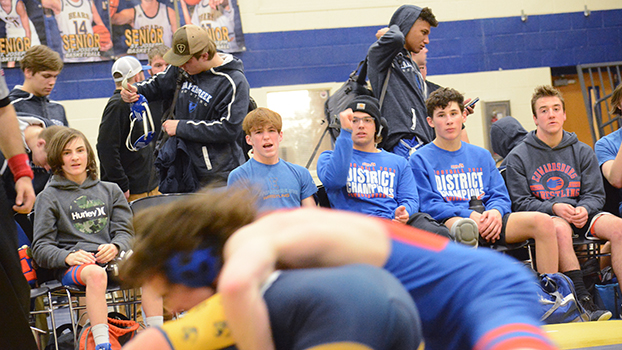 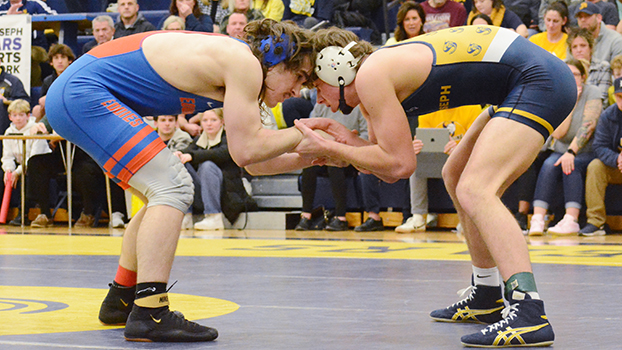 It just was not enough.

The Bears overcame a three-point deficit to defeat the Eddies 40-30.

“We battled extremely well. That’s a dang good team,” said Edwardsburg coach Jesse Becraft. “We had a couple of kids that lost to [St. Joseph at individual districts] Saturday that came back and won tonight. Our effort and energy tonight was great. [St. Joseph] made some moves in their lineup that really helped them out a lot tonight, but I’m pleased with how we competed. We’re a very young team and we just keep getting better, so I’m pretty happy.”

Leading 24-15 with six weight classes remaining, the Eddies were outscored 25-6 the rest of the way, with the six points coming via forfeit. Zac Zache (152), Andrew Harris (215) and Landon Mikel (285) earned pins for the Eddies and Andrew Castelucci (140) and Colten Strawderman (145) picked up wins.

Becraft also gave praise to Nathan Andrina (171) — who lost to St. Joseph’s Jacob Halsey in overtime — and Harris as wrestlers whose performances he resonated with.

“I was proud of our weight classes up top,” he said. We lost to [Halsey] in overtime, that’s four times we lost to that kid and we’ve gotten closer every time, that was a great match. [Harris] lost to that kid on Saturday and beat him today.”

While he would have enjoyed sending his team to the state meet, Becraft was impressed by the Eddies’ growth throughout the season, which led them to their third district championship in four seasons. Nine Eddies qualified for Division 2 individual regionals Saturday at Niles High School.

“I’m impressed with how much they improved throughout the year,” he said. “We had four kids from last year that had varsity experience going into this year. I’m extremely proud of how they worked and how they got better throughout.”