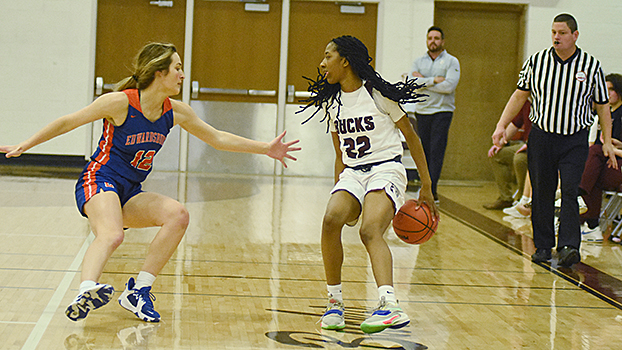 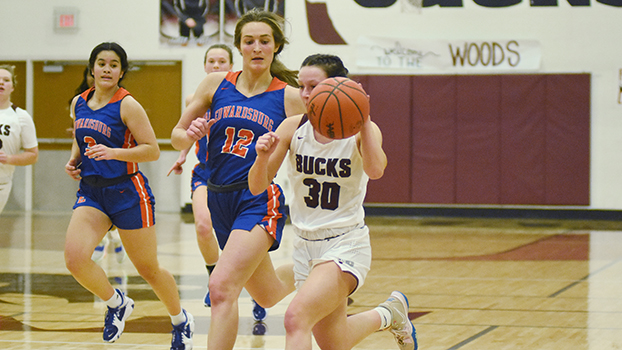 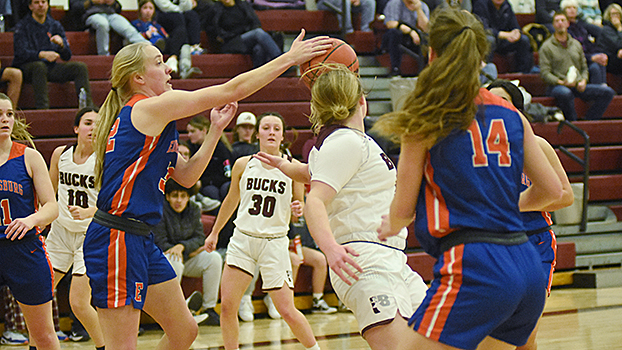 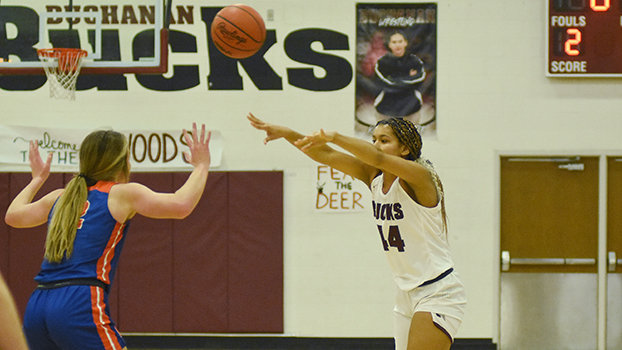 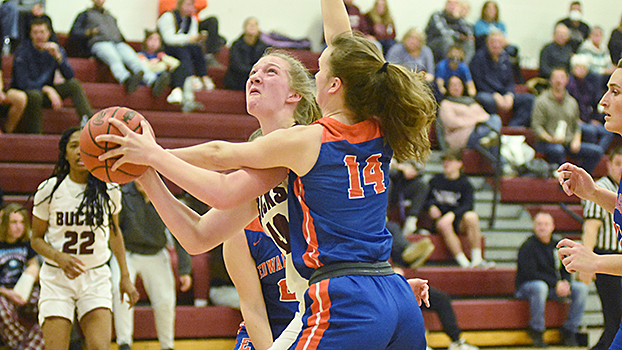 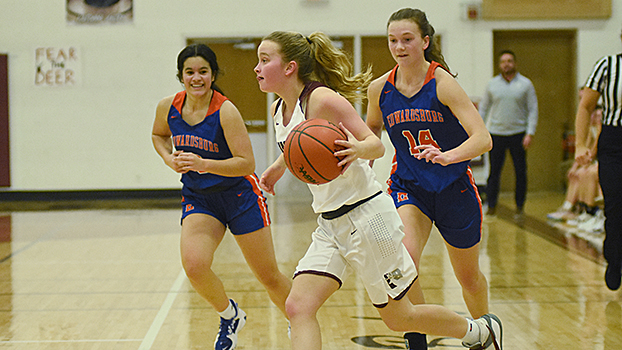 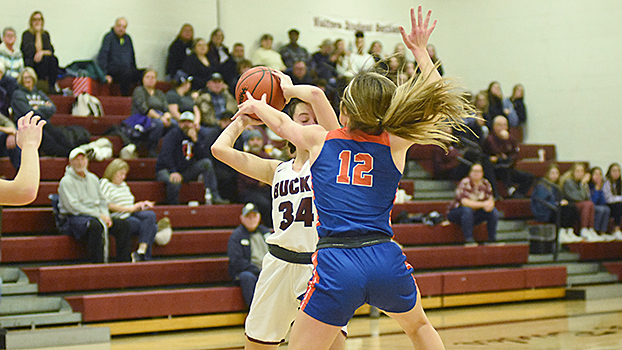 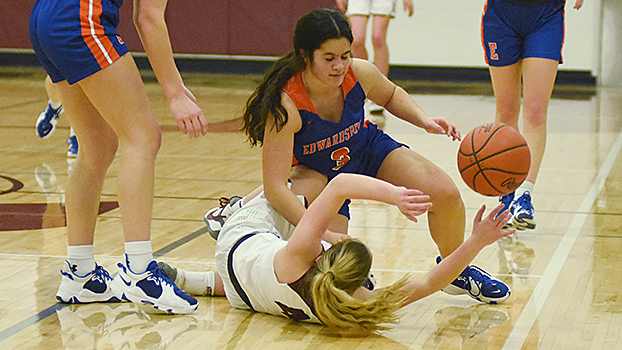 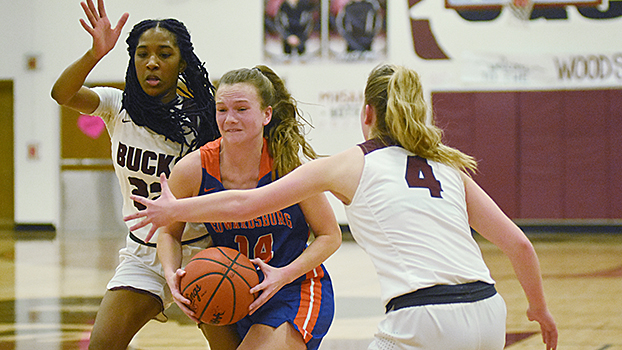 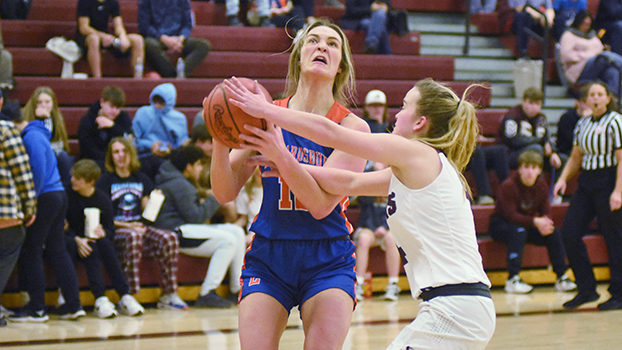 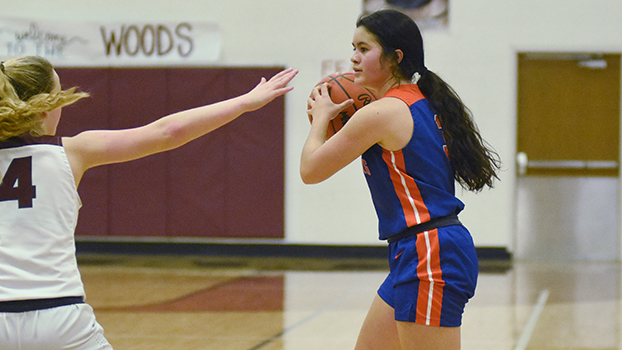 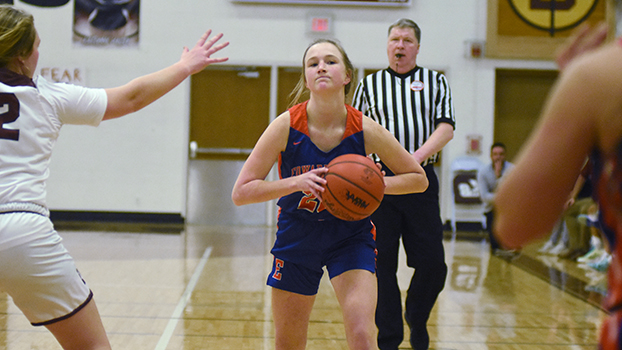 BUCHANAN — The opening quarter of Tuesday night’s showdown between two of the area’s top girls basketball teams had a lot of twists and turns.

In the end, Edwardsburg senior Macey Laubach helped the No. 6-ranked Eddies remain undefeated by erupting for 11 of her game-high 23 points in a 58-35 win over host Buchanan.

Edwardsburg (17-0) got off to a great start, leading the Bucks 12-8 as Buchanan struggled to get the ball past half court.

Following a time out, the Bucks (14-4) settled down, started attacking the Eddies’ press, and getting to the basket. The result was a 12-12 tie by the end of the first quarter.

Buchanan continued its roll into the second quarter as it opened up an 18-14 lead before Laubach took over. The senior scored from outside, driving to the basket and off of offensive rebounds as Edwardsburg took control of the game and never relinquished that control the rest of the night.

“We put a nice run together there in the second quarter,” said Edwardsburg Coach Jon Pobuda. “Actually, we got off to a good start. We were not getting to our correct spots on the press. They kind of changed up their press breakup and it kind of threw us off. We were running around and giving up layups.”

The Eddies turned a four-point deficit into a 20-point halftime lead by outscoring the Bucks 25-5. Edwardsburg led 37-17, heading into the second half. Buchanan never recovered.

“That is what they [Edwardsburg] has done all year to everyone,” said Buchanan Coach Gabe Miller. “They are so long, which is a matchup nightmare for our guards, and they are experienced. They have juniors and seniors out there and because of the injuries to Faith [Carson] and Claire [Lietz] we are playing with sophomores and some freshmen out there. Sometimes when they speed the game up our inexperience shows.”

Buchanan is still playing without All-State center Carson as she recovers from an injury that has kept her out of the lineup the entire season. The Bucks were led offensively by Alyssa Carson with eight points and Hannah Tompkins, who had seven points. Hailey Jonatzke added six.

Edwardsburg is also dealing with an injury as Caitlin Tighe injured her ankle during last Friday night’s game. The diagnosis is to be out four to six weeks, but Poduba is hoping to have her back in two weeks for the start of the state tournament.

Weather permitting, Buchanan is scheduled to host No. 6-ranked Brandywine in a BCS Athletic Conference Red Division showdown Thursday night. The Bobcats defeated the Bucks in their first meeting 53-47.

Edwardsburg travels to Niles Friday night to face the Vikings in a Wolverine Conference South Division contest. Edwardsburg has already locked up the division championship.