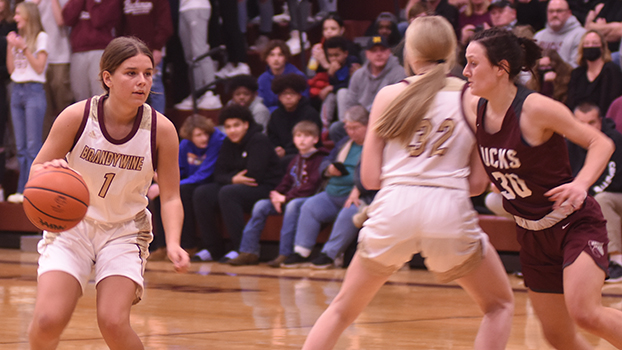 The Bobcats (16-1) defeated visiting Sturgis, out of the Wolverine Conference, 38-28 Monday night. Brandywine and the Bucks, an honorable mention pick in the latest Associated Press poll, will square off at Buchanan for first place in the Red Division.

The Bobcats are currently a game ahead of Buchanan, thanks to a 53-47 victory over the Bucks on Jan. 13. Brandywine is 4-0 in division games, while the Bucks, who are 14-3 overall, are 3-1 in the Red Division.

Brandywine Head Coach Josh Hood will be going after career victory No. 400 Thursday night. Hood, who is in his 13th season of coaching the Bobcats, had an overall career record of 399-89. He is 274-30 at Brandywine.

Despite taking the early 13-8 lead on the Trojans, the Bobcats were never really able to pull away to a comfortable margin. Brandywine led 22-15 at halftime and 28-20 heading into the fourth quarter.

Juliette Schroeder scored a game-high 18 points to lead Sturgis, which falls to 8-9 on the season. 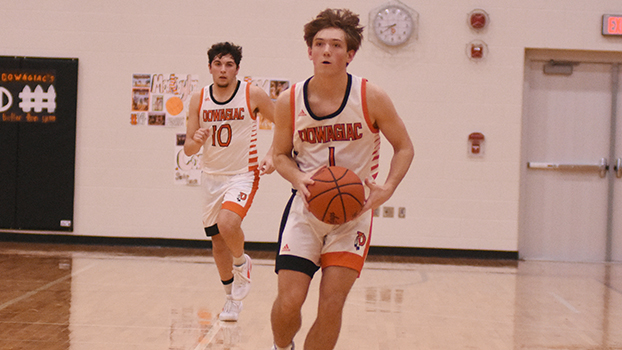 Coming off an emotional win over Niles Friday night, host Dowagiac came out flat and stayed that way the entire night in dropping a 43-42 non-divisional Wolverine Conference decision to Vicksburg Monday night.

The Bulldogs (3-12) scored the first six points of the contest and held the lead until the 1:16 mark of the fourth quarter, when the Chieftains took their only lead of the game.

Vicksburg quickly reclaimed the lead and held on for the upset.

The Chieftains made a run at Vicksburg in the second half, cutting the lead to 38-32, heading to the fourth quarter.

Dowagiac briefly took a 42-41 lead with 1:16 remaining, only to relinquish it on the next trip down the floor. The Chieftains missed three shots from less than three feet in the game’s final minute.

Not only did Dowagiac lose the game, but it also lost a key starter heading into Friday night’s showdown with Wolverine Conference co-leader Three Rivers. After a skirmish with a Vicksburg play, senior Jordan Hardin was ejected following the final horn.

Hardin will miss Friday night’s game due to the ejection.