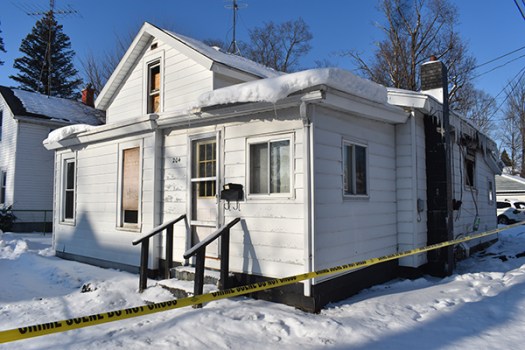 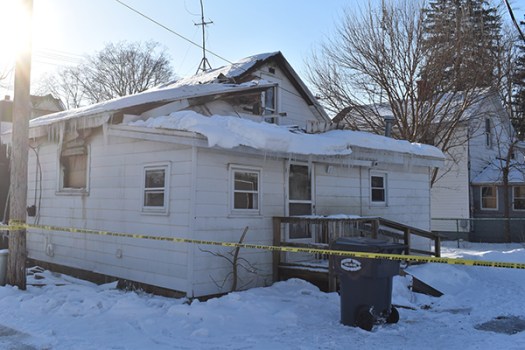 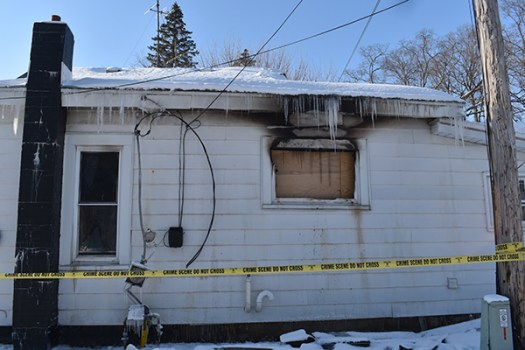 DOWAGIAC – First responders worked together to extinguish a house fire downtown over the weekend.

At 11:14 a.m. on Sunday, Feb. 13, emergency personnel were dispatched to a structure fire at 204 W. High St., a block from the James E. Snow Professional Building downtown. The house was determined to be unoccupied or abandoned, and no injuries were reported.

The Dowagiac Police Department were first on the scene, and confirmed the fire. At 11:18 a.m., the Dowagiac Fire Department arrived, noted heavy smoke and fire conditions on the first floor and began aggressive interior fire operations, according to Dowagiac Deputy Fire Chief Tony Stewart. Firefighters were able to suppress most of the fire by 12:02 p.m., at which time the fire was declared under control.

“The fire appears to have started in the kitchen on the residence’s first floor, and spread quickly to the second-story attic space,” said Stewart, in a release. “Smoke and heat damage spread throughout the entire residence.”

As part of an auto aid agreement, Wayne Township Fire Department was also dispatched to the scene, and assisted with suppressing the majority of the blaze. Also assisting the department was Cass County Sheriff’s Office, Pride Care Ambulance Service, American Electric Power and the Indiana Lake Volunteer Fire Department.

As of Monday evening, no cause of the fire had been released.