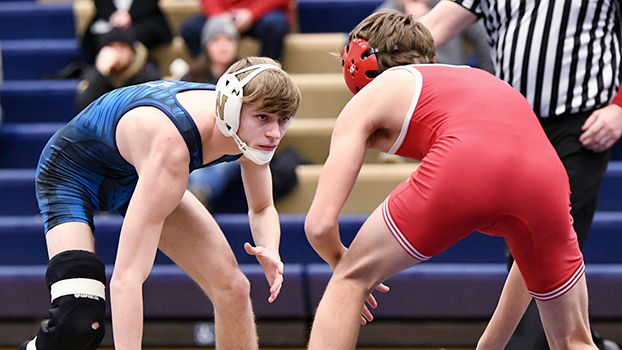 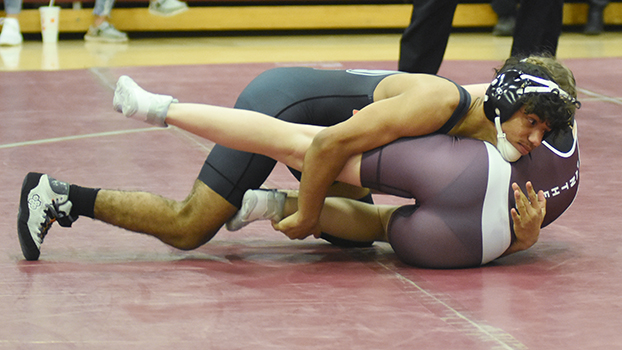 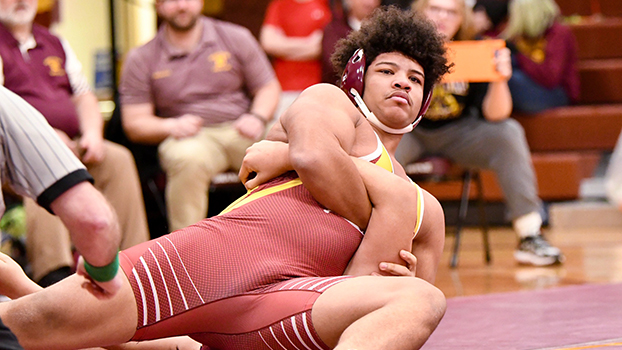 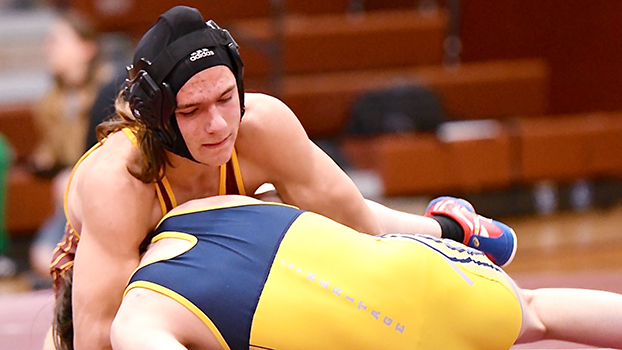 RICHLAND — Led by district champions Conner Pickens, of Niles, Jordan Simpson, of Dowagiac, Dean Roberts, of Buchanan; and Gavin Schoff and Philip McLaurin, of Brandywine, all six schools in the Leader Publications coverage area advanced at least two wrestlers to the regional round of the Michigan High School Athletic Association Individual Wrestling Tournament.

In all, 29 wrestlers from Brandywine, Buchanan, Cassopolis, Dowagiac, Edwardsburg and Niles finished in the top four to advance to the regionals, held at various high school Saturdays.

Edwardsburg, which will compete in the Division 2 Team Regional at St. Joseph Wednesday, qualified nine wrestlers for the individual regional Saturday at Niles High School, including runners-up Andrew Castelucci (135) and Nathan Andrina (171).

Also moving onto the regional was Niles’ Julian Means-Flewellen, who Lakeshore’s Micah Haunau pinned in 3:00 of the 152-pound championship match.

Simpson (38-6) won the 112-pound title by pinning Constantine’s Preston Like in 2:33. On Wednesday night, the Chieftains and Falcons could square off in the Division 3 Regional championship match at Watervliet.

Also qualifying for the regionals were Hunter Weinberg (130, Leland Payne (145) and Jackson Starnes (160), who finished third, and Brayden Sebasty (14-15), who finished fourth.

The regional will be held at Constantine High School Saturday.

Also advancing to the regional at Lawton High School Saturday are Kaiden Rieth (112), who was second; and Josmar Perez (103) and Cael Vansandt (285), who were third.

Cassopolis took a pair of wrestlers to the individual district and both advanced to the next round by finishing fourth.

Darnell Rimpson and Jaren Waldschmidt competed at 130 and 160, respectively.