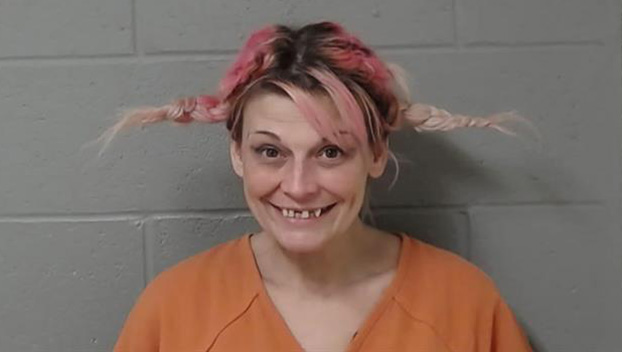 CASSOPOLIS – A Niles woman who has used drugs for most of her life is getting the chance to stay out of prison and turn her life around. She was one of four people sentenced Friday in Cass County Circuit Court.

Angela Koehler, 43, of Huntly Road in Niles, pleaded guilty to two counts of delivery/manufacture of methamphetamines and was sentenced to three years’ probation in Adult Treatment Court, 304 days in jail with credit for 299 days already served and $2,696 in fines and costs.

Cass County Circuit Judge Mark Herman reported that an administrative warrant was being served on the property due to blight issues when the suspected drugs were found. Koehler was at the residence with others and admitted to dealing meth.

“This was a very dangerous situation not only for the defendant but for the community,” said Cass County Prosecutor Victor Fitz. “I know she did some things right and acknowledged her involvement. She was honest and did talk to police about the activities going on. There’s no doubt she’s dodging a bullet.”

“She’s a product of a physically and sexually abusive childhood. Her mother would smoke weed with her when she was only 3 years old,” he added. “She has an extensive history with Child Protective Services with several of her children adopted out. This is a life out of control.

“She didn’t have a chance since the day she was born and she has one now,” Drake said. “She was forthcoming with police. She told a lot of truths that day when other people weren’t. She’s reaching out for help and that’s a positive. I think if she is going to be successful anywhere, I think she will be successful in our program.”

Koehler thanked everyone for the opportunity.

“I apologize for my involvement in this situation,” she said. “I sincerely regret it. I want to change my life. … Drugs have caused me nothing but grief. I’ve hurt a lot of people and ruined a lot of relationships with a lot of people. I love myself enough to know I deserve a better life.”

Judge Herman noted that Koehler has four felony and 19 misdemeanor convictions. He warned her to take this probation seriously as she could face a prison sentence of several years if she violates.

“You better thank your lucky stars, but for your attorney and your prosecutor, you would be going to prison today,” he said. “I hope you appreciate the opportunity you’ve been given here. … If you’re not serious about this and violate your probation, the likelihood will be that you will be sent to prison for 10 to 12 years. I don’t want that to happen to you, but you need to keep it in the back of your mind.”