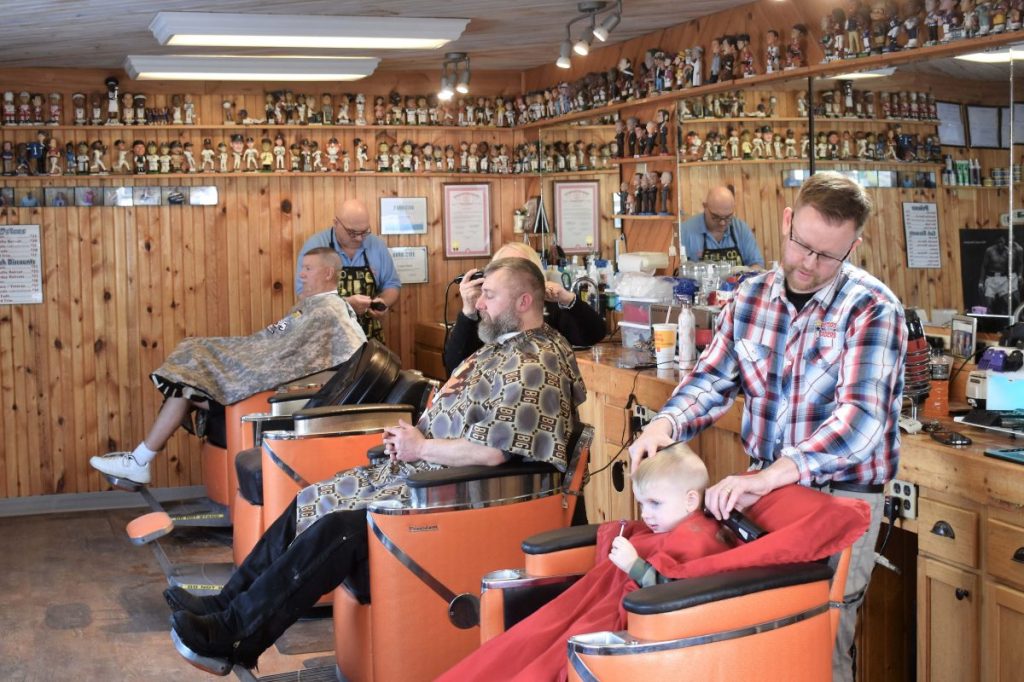 DOWAGIAC — A new state law that took effect this month has one local business owner trying out a different method to fill an opening at his shop.

Bakeman Barbers, 101 S. Front St., has four barber chairs, three barbers and a dayslong appointment list with no openings. On Tuesday, Bakeman had to turn away a walk-in customer due to the packed schedule, so the new law presents an opportunity to fill an empty chair and serve more customers.

“A lot of people are searching for haircuts,” Bakeman said. “There’s less people out there providing services, so now you have more people looking for those services. … Right now, it’s hard to get people to do jobs where you need a license. So, if that’s an avenue we have to take to get someone qualified, that’s what we are going to do.”

According to the most recent data from the U.S. Bureau of Labor Statistics, the number of barbers in the country declined by more than 5,000 from 2019 to 2020. Because of that trend, state legislators enacted Michigan House Bill 4207 – signed into law Nov. 4, 2021 – allows a person to become a licensed barber with 1,800 hours of an apprenticeship, rather than 1,800 hours of mandatory course study at a barber school.

While Bakeman Barbers is generally very busy, Bakeman said he would be willing to teach an apprentice if it means having a full staff eventually — but it does not come without risk.

“It’s something new and exciting, but then there’s also that apprehension where you want to make sure if you’re getting into something that you’re going to do it right,” he said. “Obviously, you want them to come in and figure things out and then you slowly start teaching. You have 1,800 hours, so that’s a long time.”

While Bakeman said the apprentice will only be as good as the professional they are under, he thinks giving people another avenue to become a barber is a good thing.

“We’ve had a lot of people that were street barbers come in that wanted a job,” he said. “But they have to have a license, so this program could be a way for that to happen.”

Bakeman said he has looked into the specifics of taking on an apprentice, which requires strict hours limit and rules on how many apprentices one can take on. According to Bakeman, once a barber graduates one apprentice, they can then have two total apprentices.

“Basically, you would be the barber college,” Bakeman said. “I still feel like [institutional] barber college is the best avenue, but if we took on an apprentice, we would make sure we put the time and effort in to make sure they are qualified when they were done.”

Bakeman has already seen some interest in the apprenticeship, meeting with two potential candidates this week.

“I met with somebody [Tuesday], and we’re talking about going to visit some barber colleges,” he said. “We’ll go visit some places and see if that’s what they really want. … I hope it works out because we know there’s a need in our shop. We could fill it right now and keep somebody busy.”