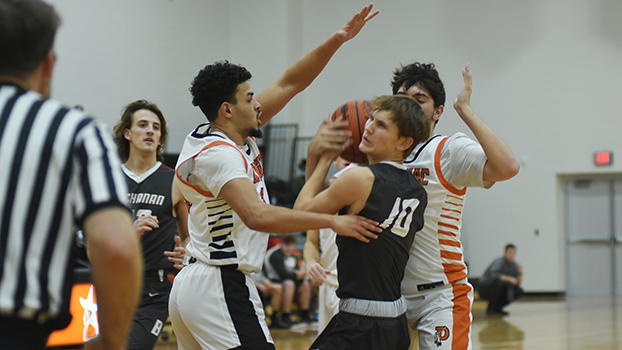 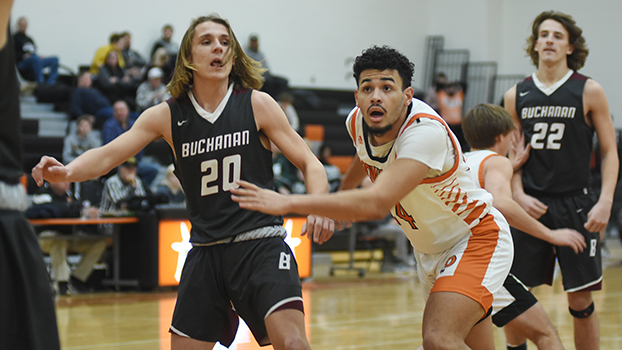 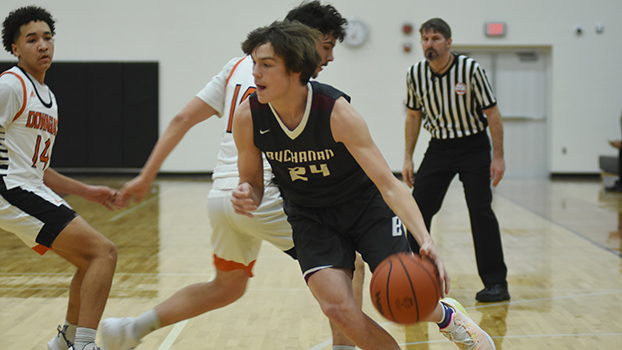 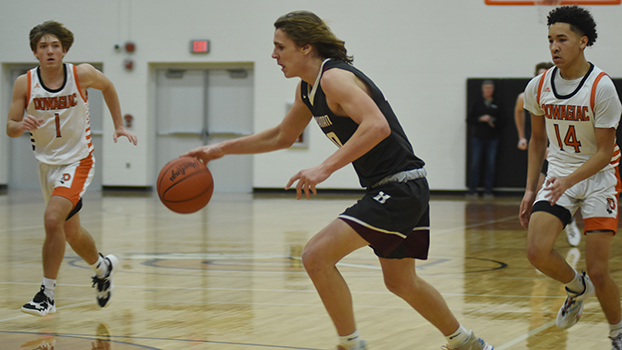 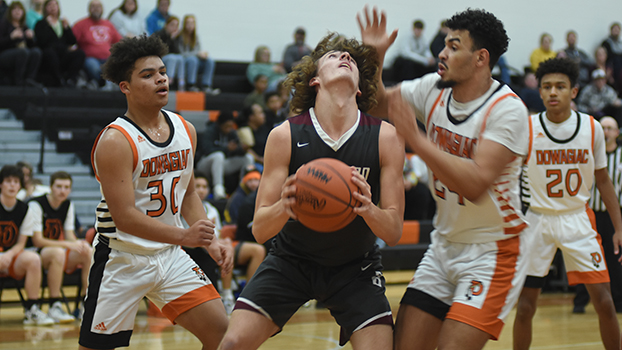 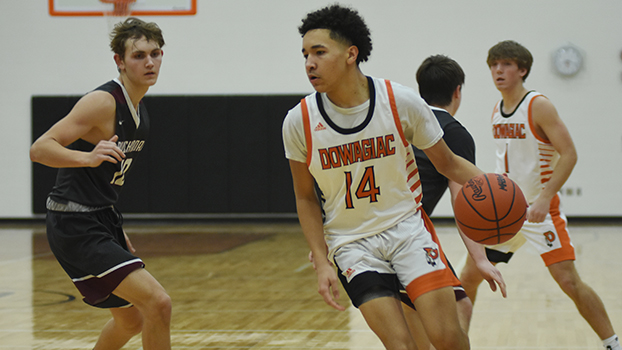 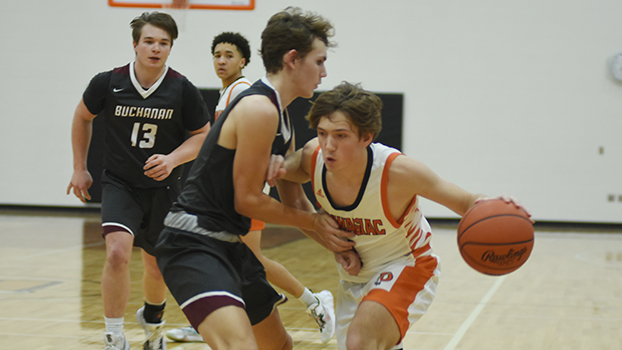 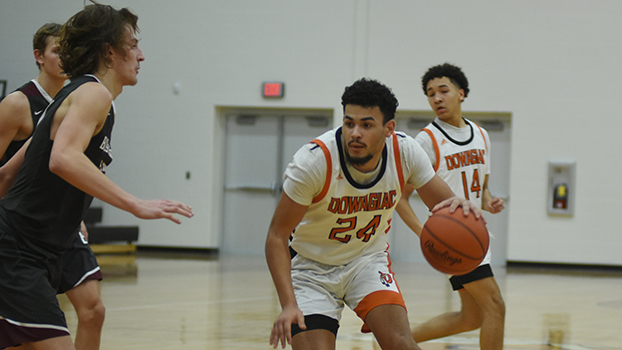 DOWAGIAC — After starting the season 1-5, the Buchanan boys basketball team has caught fire.

The Bucks ran their winning streak to 6-0 with a 61-36 win over host Dowagiac Tuesday night.

Buchanan (7-5) took advantage of a short-handed Chieftain squad that was missing three starters due to non-COVID illness and a team that had to rally in the second half to defeat Niles in a Wolverine Conference South Division contest the night before.

Buchanan, led by the area’s leading scorer, Ryan Young, was able to pull away from Dowagiac (7-5) over the final three quarters. The Bucks led 12-10 after the opening quarter, but 29-20 by halftime.

Things did not improve in the second half for Dowagiac, who played without southwest Michigan’s second-leading scorer Henry Weller.

Young, averaging 23 points per game, led all scorers with 20 points Tuesday night. He got plenty of help from his teammates as Cade Preissing and Macoy West both scored 11 points, and Dillon Oatsvall added 10 points.

“It was a good effort,” said Buchanan coach Reid McBeth. “We got a lot of contributions from different guys today. We have to have that because teams are going to focus on Ryan more and more. Those other guys being able to step up obviously helps.”

Young is a tough matchup for defenses because he can run the point guard position, score from the wing, and go inside, where he is averaging better than 14 rebounds a game.

“A lot of teams either had a good post guy or a good perimeter guy. He can do either one,” McBeth said about Young. “Matchup-wise, you have to figure out what you want to guard him with. Dowagiac ran a zone today. He is good on the inside of that. Then again, if we have to put him on the outside, we have other people inside that are doing well to.”

Dowagiac, which returns to South Division play Friday night when it heads to Edwardsburg, replaced Weller, Keshawn Russell and Ethan Hannapel with Mason Peck, Octavious Brooks and freshman Lamone Moore, who was playing in only his second varsity game.

Veteran Dowagiac Coach Danum Hunt said attrition caught up with the Chieftains, who besides having three starters out of the lineup, expended a lot of energy in their comeback win over Niles Monday night.

“We came out flat,” he said. “Down three starters and both of your lead guards is not a good recipe for a victory. I think last night we were able to pull it out with Hannapel being there because he is a sparkplug at the point guard. but when you lose your point guard, your leading scorer and one of your leading rebounders, it is tough.”

Hunt said despite the loss, he was happy with the players who were inserted into the lineup against the Bucks.

“I am proud of the young guys who stepped up,” he said. “Lamone had a decent game, and Josh Winchester-Jones shot the ball well. That is promising for the future. We got to see something good out of the night.”

Buchanan made sure that without Henry Weller, Cole Weller was not going to allowed to beat it. McBeth used a box-and-one at times and made sure his defense was focused on containing Cole Weller, which it did, holding him scoreless in the contest.

“Reid did a good job as a coach of game planning,” Hunt said. “Knowing that the Wellers are our main scorers, without one of them, it makes us that much easier to guard. He was able to take him [Cole] out of the game tonight.”

Jordan Hardin led Dowagiac with 10 points, while Winchester-Jones, who was also playing in his second varsity game of the season, added nine points. Peck and Moore both finished with eight points.

Friday night, Buchanan was back in action as it hosted South Haven in a BCS Athletic Conference Red Division contest.