Professional chili cook-off to warm up Ice Time this Saturday 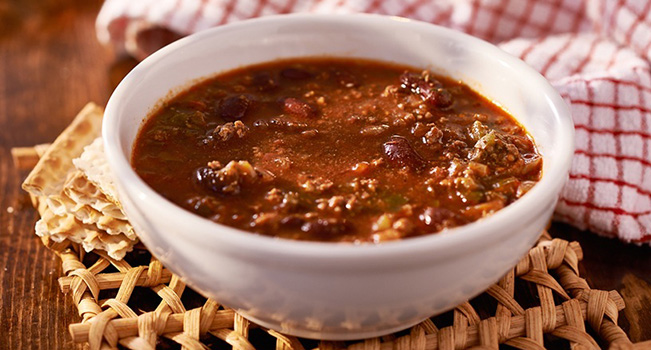 DOWAGIAC – One of the hottest battles to be fought across the country, with origins traced to a remote ghost town in Texas, returns to downtown Dowagiac this Saturday during the 25th annual Ice Time Festival of the Greater Dowagiac Chamber of Commerce.

There is nothing mild about the festival’s professional chili cook-off that pits five long-time competitors against one another.

The event is open to the public to taste, free of charge, with sample-size containers served from 11 a.m. to 2 p.m.

The first documented chili cook-off took place in 1967 in Terlingua, a remote ghost town in Texas, according to the chamber. Like gossip, the idea spread and since then, communities large and small have hosted their own competitions to determine who makes the best recipe.

“The chili crawl, as most Dowagiac fans call it, is oftentimes a friendly, yet fiercely-fought competition between participating downtown restaurants,” said Vickie Phillipson, program director of the chamber of commerce.

As one of the auxiliary events of the winter festival, the cook-off features five restaurants that are located downtown, or within easy walking distance to the central business district.

Through the years, connoisseurs have often debated the ingredients of a true chili.  While one’s region of the country is said to play a big part in the type of chili restaurants serve, common ingredients include meat, chilies or chili powder, garlic, cumin and oregano.

Also popular is Cincinnati-style chili, originally created in the 1920s by a Greek immigrant, who reportedly had difficulty selling Greek food to Americans. Made with ground beef, it also included chili powder and such spices as cinnamon, allspice, cloves and nutmeg, which was served atop spaghetti and topped with melted, shredded cheese.

The highlight of Saturday’s winter arts festival are the life-size works of art that are carved along Front Street and this year’s showcase sculpture at Beckwith Park.  This year’s Ice Time has been underwritten, in part, by Dowagiac Credit Union, Dowsett Chiropractic Health Center, 1st Source Bank, Garage Doors Plus More, Lyons Industries and Who Knew? Consignment.