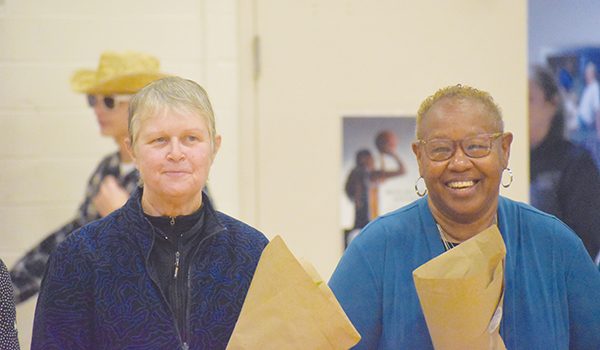 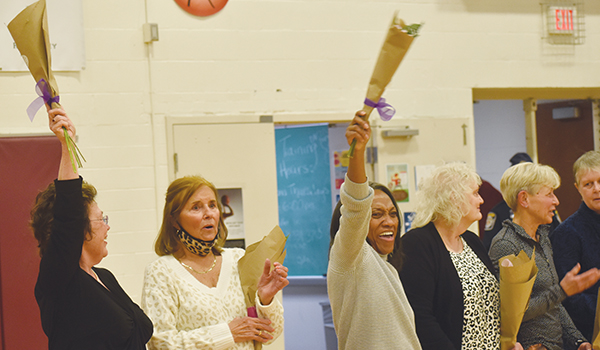 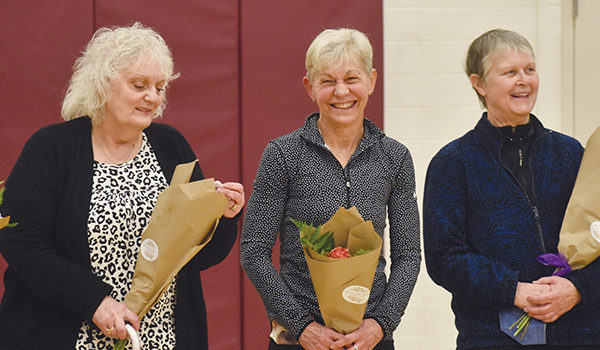 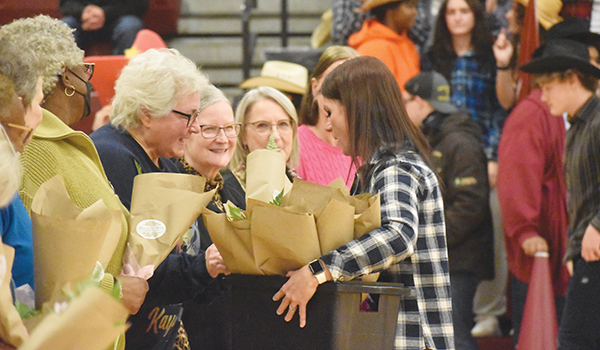 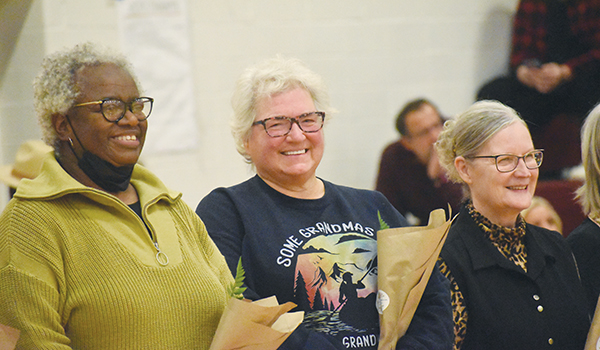 BUCHANAN — As she watched the 2022 Buchanan girls basketball team run across the court Friday night, clad in their classic burgundy and white shorts and jerseys, Norma Kyles recalled how times have changed since the last time she ran across the court 50 years ago.

“It’s funny because we had to wear dresses, and they wouldn’t let us try to change uniforms,” Kyles said with a laugh. “For the next four years, we wore dresses in volleyball and basketball. We felt like we were cheated because they didn’t give us uniforms like we should have been, but it was still nice — and we weren’t as aggressive [on the court] as the girls are today.”

Kyles, now of Niles, was a member of Buchanan’s first all-female volleyball and basketball teams in 1971-1972. She, along with more than a dozen others, was recognized by the district last week for the role they played in paving the way for female athletics.

During halftime at the girl’s basketball game Friday evening, Buchanan Community Schools hosted a celebration in honor of the 50th anniversary of Title IX of the Education Amendments of 1972, which is a law that prohibits discrimination on the basis of sex in all programs or activities in federally-funded educational institutions including high schools and middle schools.

Since Title IX went into effect, there has been a dramatic increase in interscholastic and intercollegiate athletic opportunities for girls and women — that is especially true in the arena of sports. In 1972, fewer than 300,000 girls participated in athletics nationwide, according to the National Federation of High School Associations. In the 2018-2019 school year, 3.4 million girls chose to participate in high school sports.

During Friday night’s celebration, Buchanan High School invited members of its 1971-1972 female teams to be honored as part of the law’s 50th anniversary.

“It felt right that at 50 years we should celebrate women’s athletics and all the progress that our country has made,” said Buchanan Athletic Director Mark Frey. “Obviously there is always more work to be done, but we wanted to recognize that and honor our first female athletes that we had at Buchanan.”

The former Buchanan athletes said they were honored to be recognized.

“It was nice because we were the first,” Kyles said. “I’m honored. I’m overwhelmed.”

Other 1971-1972 female athletes said they were happy to be recognized and that when they first took the ball 50 years ago, they could never have imagined how big an impact Title IX would make.

“It was a great effort by the administration here at Buchanan high school to get this started,” said former Buck Lisa Swem of the first year of female athletics. “We weren’t thinking about 50 years from now. We were just happy to play. We were just happy that there was something for the girls because I feel like everyone who played grew up feeling that the boys had everything, and we had a lot of [girls who were] natural athletes.”

“They were definitely trailblazers from the stories I’ve heard,” he said. “When they were allowed to play sports, they came in and were a pretty dominating force right off the bat. They really pushed our programs forward to where they are today. … I think it’s hard to tell the impact sports have right at the moment we are playing, but we see how successful some of these students become when they grow up and have families and continue to help our community grow.”

The progress made by Buchanan’s 1971-1972 female athletes did not go unrecognized by the athletes who now play on the school’s award-winning female teams. In a video shared during Friday’s game, several current players said they would not be who they are today without sports — or Title IX.

“Without these strong women, the world wouldn’t be the way it is today,” said Senior Alexa Burns. “Being a woman playing sports dominated by men has been difficult, but however, I have come to realize that is just a silly mindset. Women can anything as well as men can.”

Among several other players who expressed their thanks was basketball player Claire Lietz. She said she is thankful for Title IX as it has allowed her to participate in high school sports, which have allowed her to find her passion and learn important skills.

“Participating in the sports I love means learning the values of friendship, hard work and determination,” she said. “As a woman, sports have made me feel powerful and tough, like I can do anything I want. Thank you, with the utmost sincerity, to the women who made these opportunities possible all those years ago.”

The players that came before them said they were happy to hear how the legacy Title IX and the first female teams at Buchanan have made an impact.

To Kyles, Swem and former Buck Pam Nelson, the greatest legacy of Title IX is knowing that their daughters, granddaughters, nieces and grand-nieces will have the same educational opportunities as boys — both on the court and in the classroom.

“The greatest legacy, I think, of Title IX is in allowing girls these opportunities to grow and exhibit leadership skills and to enjoy the comradery of teammates with the highs and the lows,” Nelson said. “Without that team opportunity, those lessons learned were exclusively for boys. Those are life lessons everyone needs.”