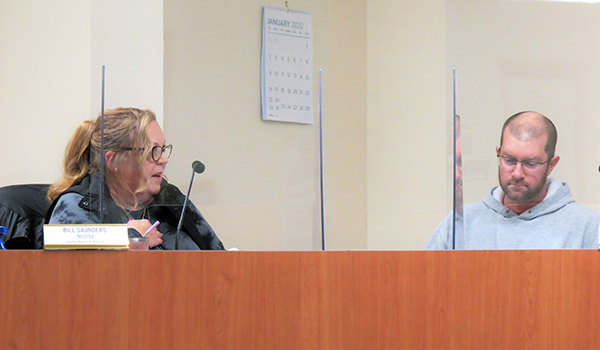 SILVER CREEK TOWNSHIP — After several recent hearings, one local government commission is ready to make a change to one of its ordinances.

Upon request of the local Zoning Board of Appeals, the Silver Creek Township Planning Commission on Wednesday examined and then approved a motion to begin the legal work of changing a zoning ordinance to exclude attached garages from calculations related to residents building accessory structures on their property.

According to Planning Commission Chairman Nick Barnes, recent requests for accessory building approval have put residents slightly outside of the range for their lot size, and a simple change of removing attached garages from the square footage calculations would allow the requests to be approved.

“What we’ve seen on these back-to-back issues have been parcels of land that are like 4.5 acres or 3.5 acres where they’re kind of in these tweener zones,” Barnes said. “They’re asking for accessory buildings that aren’t monsters by any means. … It’s a very small portion of what they’re after, and in a day and age when boats are bigger, cars are bigger, everybody’s stuff is just bigger and they need to accommodate for something like that.”

Zoning Administrator Mark Davis said he knew Wayne Township did not include attached garages in their ordinance. Ultimately, members of the commission agreed that as long as the property size to accessory building ratio stays consistent, they would be on board for such a change to the ordinance.

“Us that live on the lakes realize the premium that comes with storage space,” said Barnes, who was in his first meeting as Chairman of the commission. “We’re all envious of the ability to build that kind of a structure, we just don’t typically have the land space to do it.”

The commission unanimously approved the motion to begin the process of changing the ordinance by consulting with the township lawyer, as well as nearby townships for what language to use when re-writing the ordinance.

In other business, the commission welcomed Veronnica “Ronnie” Kenreich to her first meeting as a member of the board.

Kenreich, who works closely with the township and lakes in her career in environmental research, was quick to make an impression with her expertise during a discussion about the potential rezoning of a property on Indian Lake. She put together a packet and explained to the board her concerns about the environmental cost of rezoning the property.

“Thank you for putting this together,” Barnes said. “You will be a real asset having the expertise to put all that together and taking the initiative to get it to the township.”