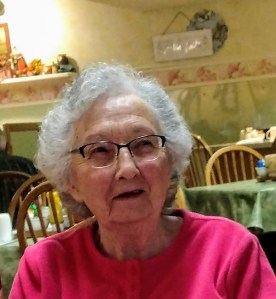 Virginia M. (McKinney) Velthouse, 89, of Dowagiac, Michigan, passed away Friday, Jan. 21, 2022, at Goshen General Hospital. She had been living in Elkhart, with her daughter and caretaker, Pamela, for the last five years. Virginia was born on Nov. 1, 1932, in Berrien Springs, Michigan to the late John and Mildred (Livingood) McKinney. Virginia grew up in Hollywood, Michigan, where her parents ran a fruit farm. She married her true love, Henry R. Velthouse Jr., on Dec. 27, 1952, in South Bend. They built a wonderful life together with their three children, Bruce, Pamela and Dana.

As a mother and homemaker, during the 1950s and ‘60s, she stayed home to raise her children, but she worked weekends at Timberline Inn and also The Inn Between, as an assistant cook while her children were home. In the early 1980s, she worked at the Little Red Shoe House from the time it opened until its closing. She then went to work in the cafeteria at the Dowagiac Union High School for more than 20 years, where all the school kids referred to her as “Grandma,” a title she wore with pride, as she loved her own grand and great-grandchildren with all her heart. She retired from the school in 2012 at the age of 80. Virginia was a cook at heart and had a sweet tooth. She loved to decorate for Christmas. she faithfully watched Wheel of Fortune and Jeopardy every day. Most importantly, Virginia was devoted to and adored her family.

Per her wishes, cremation was chosen under the care of Billings Funeral Home, Elkhart. Memorials may be given to any veterans-related charity. Condolences may be made online at billingsfuneralhome.com.