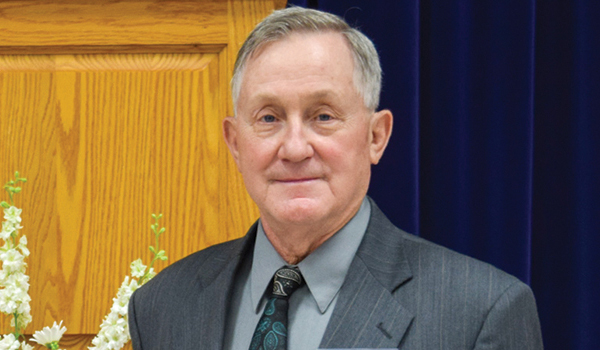 NILES — An honor that is a long time coming will finally be bestowed on Brandywine Softball Coach Jim Myers this weekend.

“Better late than never,” Myers said about his induction. “I had a lot of great coaches that helped me. Many of them were volunteers. I had a lot of guys, too many to mention, but I would like to mention Jim Conrad and Gary Collins, who were both with me for a long period of time. They were a big help with the program.”

Myers also noted that there were several people who did not coach, but were important to the program — the late Mahlon Lowery and Matt Curtis, as well LouAnn Kidwell [Myers]. Lowery was responsible for helping get the Brandywine field redone, according to Myers.

Over the course of those 19 years, Myers’ teams dominated the Blossomland/Lakeland Conference and were some of the teams to beat in the postseason in Division 3.

“I think the key to our success was that we stressed fundamentals and techniques,” he said. “We put that together with hard work, and it seemed to pay off. I have been blessed with the ability to communicate and motivate kids. I was able to get the best out of them. I was fortunate that I have that personality and the work ethic that I have. My dad told me that anything worth doing was worth doing right.”

Myers, who taught biology and chemistry at Brandywine for 38 years, was also fortunate to have plenty of talented players who were willing to put in the work. One of the trademarks of his teams was their pitching.

Among some of his best were Nicki McGowen, who still holds the southwest Michigan record for victories with 135. Other pitching standouts were Kelli and Kendra Zache, and Rachel [Kohler] Carlson.

“We had a lot of great positions players too, but I am not going to try and name all of them,” Myers said. “I will just say we had 27 players make first-team all-state.”

Not only was Myers a successful softball coach, but he also coached football and volleyball for the Bobcats. In 2013, he was inducted into the Michigan High School Football Coaches Hall of Fame.

As the Brandywine football coach, Myers was 251-139-2. He has coached football at a variety of levels for 47 years. He posted an 85-67 at Brandywine, which included being named the Blossomland/Lakeland Conference Coach of the Year four times and Class CC Regional Coach of the Year in 1995 when the Bobcats posted their first undefeated season.

“I did football, volleyball and softball five years in a row,” he said. “I often wonder myself how I made it through that.”