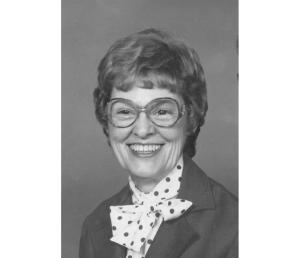 She was born on April 14, 1925, in Youngstown, Ohio to the late Joseph and Mildred (Campbell) Jones. Her father passed away when Lillian was quite young and was primarily raised by her mother and step-father, Howard Battles.

On Aug. 27, 1943, Lillian married Karl E. Couch at a ceremony in Elkton, Maryland. Prior to his passing in 2015, Lillian and Karl enjoyed more than 71 years together.

Lillian worked for various retail stores in downtown Niles through the years. She was a member of the First Presbyterian Church of Niles as well as the Niles Chapter #332, Order of the Eastern Star. Lillian was an avid reader and assisted in philanthropy for the Cass County Library.

She was preceded in death by her father, Joseph Jones; her mother, Mildred Jones-Battles; step-father, Howard Battles; her husband, Karl Couch; and sisters, Eleanor McClain and Ruth Jones.

Her family will gather privately for committal services at Mission Hills Memorial Gardens.

Memorial contributions may be made in Lillian’s memory to the First Presbyterian Church, 13 S. Fourth Street, Niles, Michigan 49120.

Memories of Lillian may be shared with her family at BrownFuneralHomeNiles.com.