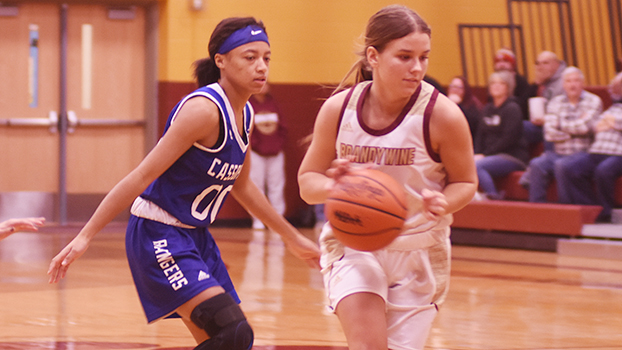 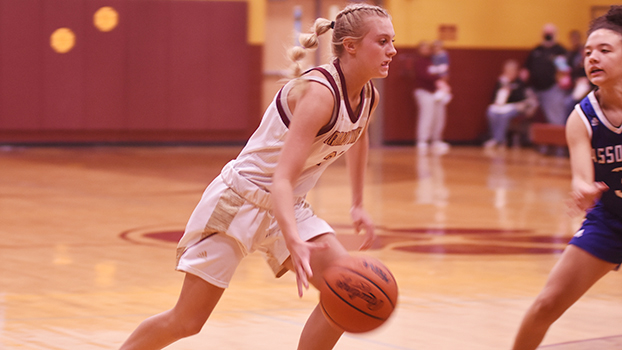 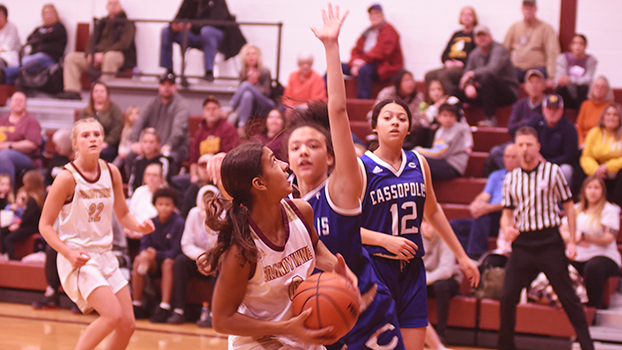 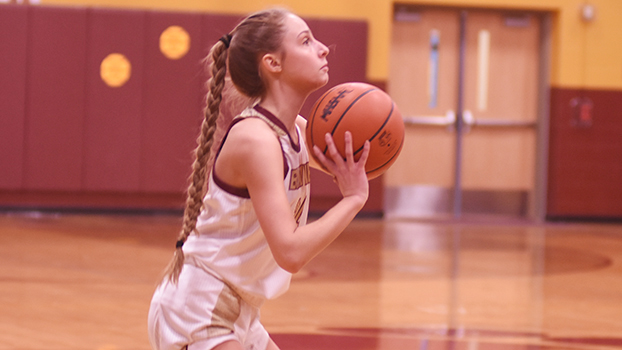 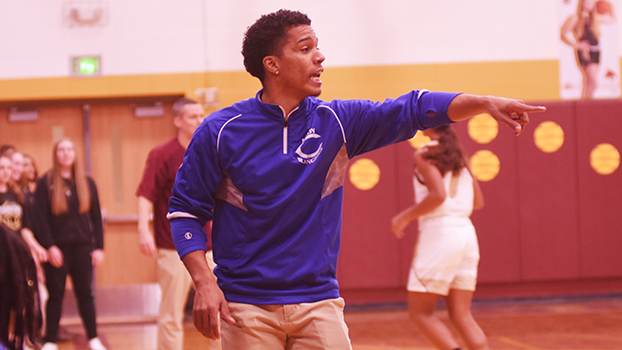 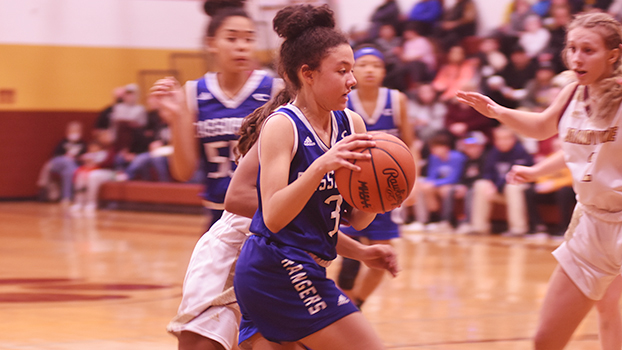 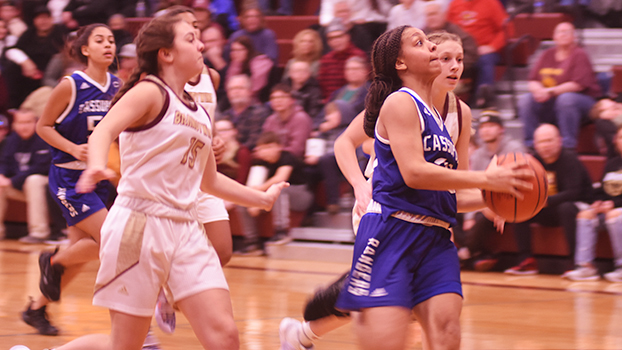 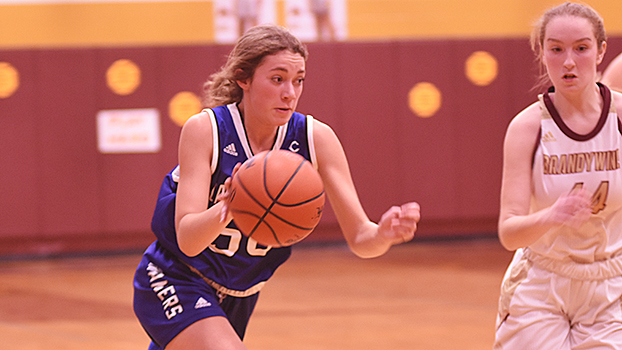 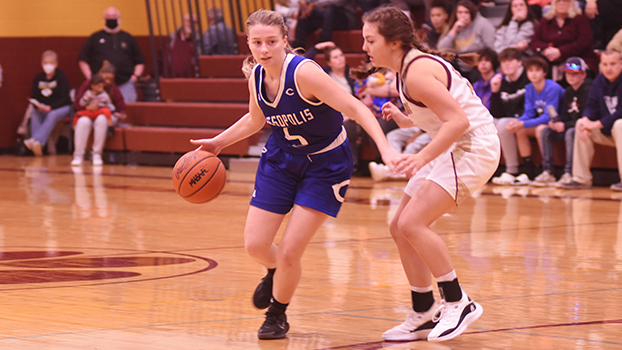 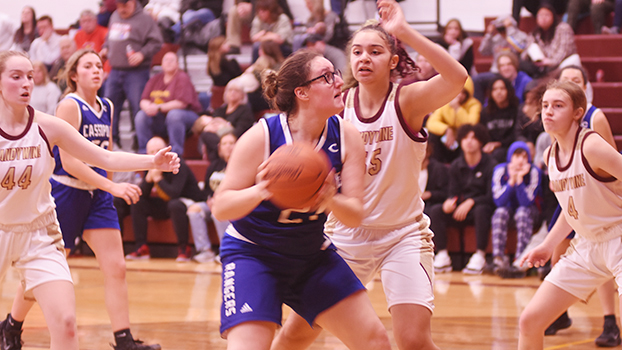 NILES — Sophomore guard Ellie Knapp had herself quite a week in leading the No. 9-ranked Brandywine girls basketball team to a pair of wins.

Knapp, who entered the week as southwest Michigan’s second-leading scorer with an average of 15.8 points per game, followed that up with another career-high Saturday night against Cassopolis.

Against the Rangers, Knapp scored 39 points, which were two shy of tying the Brandywine all-time single-game record of 41, which was set by Carlee Newman in 2012 against Watervliet in a district game.

“You saw Ellie Thursday against Buchanan take a big step, not only as a basketball player, but as a leader of the team,” said Brandywine Coach Josh Hood. “When she goes into attack mode, everybody feeds off of that. Then you can throw in all those other girls who are playing really, really well. Miley Young had had a ‘quiet’ 17 tonight. She and Ellie really feed off of each other.”

Cassopolis, which fell to 5-2 with the loss, got off to a good start against Brandywine, but a late surge by the Bobcats allowed them to take a 26-15 lead into the second quarter. The Brandywine lead grew to 45-28 by halftime, and when Knapp scored 16 of her 39 points in the third quarter, the Bobcats led 73-34, heading into the final eight minutes.

“I was really disappointed in our first-half defense,” Hood said. “We are a team that usually gives up less than 30 points a game, and that has been our staple for 13 years. We have a lot of people right now who are more offensive-minded, and we have got to get back to the basics of this program — defense.”

Hood emptied his bench for the fourth quarter, which was played with a running clock.

Despite the setback, first-year Cassopolis Coach Stefon Luckey has liked what he has seen from his team this season. He also said the Rangers knew exactly what they were up against Saturday night.

“They sped us up,” Luckey said about the difference between the first half and the second half. “Our game plan was to slow down and stay calm. We knew what they do because we do the same things. They were able to get us out of whack, and that was the difference.”

With a pair of key Southwest 10 Conference games this week against Bloomingdale and Marcellus, Luckey said the game with Brandywine would be a measuring stick for the Rangers.

“This would be our test,” he said. “What we did with this would gauge where we need to be. This should really prepare us.”

For Cassopolis, it was also a measuring stick of where the team needs to be come state tournament time since the Rangers and Bobcats are in the same district.

Atyanna Alford led Cassopolis, which is still without starting center Zaniya Dodd due to injury, with 11 points, while Jadin Wolfe added 10 points.

Besides Knapp, the Bobcats got 17 points from Miley Young and six points each from Ireland Prenkert and Kadence Brumitt.

Brandywine had its Tuesday game with Sturgis postponed, so it will not return to the court until Thursday when it travels to South Haven for a BCS Red Division contest with the Rams.

The Rangers will host Bloomingdale Tuesday and Marcellus Friday night.