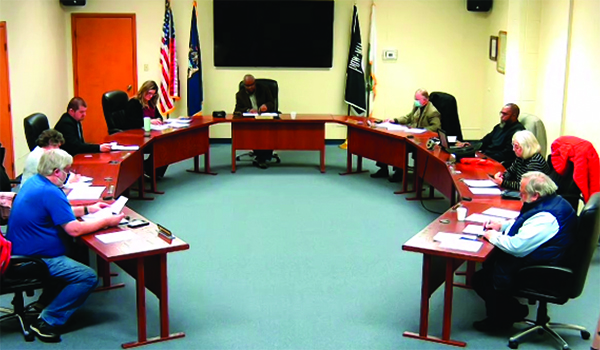 During the Cass County Board of Commissioners’ first meeting of the year last Thursday, the board got right to business selecting new officers and setting a meeting schedule for the coming year.

Nominated by their fellow commissioners for the chair position were District One Commissioners Ryan Laylin, District Three Commissioner Skip Dyes and District Seven Commissioner Jeremiah Jones. Following three rounds of voting, Dyes was elected to the position by a majority vote.

Following Dyes’ appointment, he took over the meeting from McMichael, leading the nomination process for the board vice chair.

The board also voted to cancel its first August meeting due to the Cass County Fair.

“We have had many, many successful tire, hazardous waste, etc. cleanups, and it is a great thing the county does for its residents,” Marchetti said.

Cass County and the Sheriff’s office to run from Jan. 1 through Dec. 31.