Edwardsburg, Ontwa Township officials look back on 2021, look forward to 2022 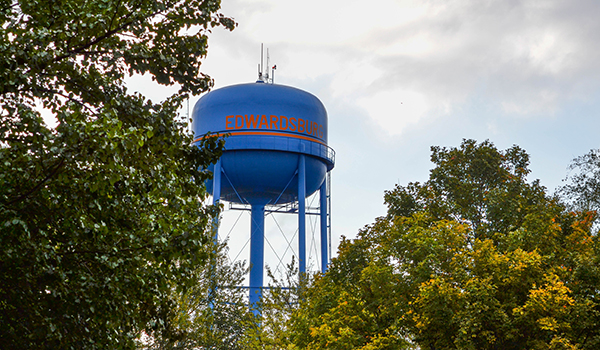 EDWARDSBURG — With 2021 officially in the rearview, officials in Edwardsburg and Ontwa Township are looking back on a successful year and hoping for a bright 2022.

In Edwardsburg, Village President Dennis Peak highlighted the All Aboard Project, which celebrated its completion in the spring more than a year after the village received a $25,000 matching grant from America in Bloom, which partnered with Canadian National Railway, to add landscaping to a 1,700-foot stretch of railroad tracks on M-62 from US-12 to Elkhart Road. The project added trees, flowers and signage to the area.

“I’m excited to see what that is going to look like next summer once the plants have grown in,” he said. “That is all thanks to our Uptown Improvement Association.”

He also said the village is proud of the start of the All Aboard Mural Project, which is being painted by local muralist Chris Stackowicz at the corner of M-62 and Elkhart Road. A continuation of the improvements made by the All Aboard program, the project is expected to make Edwardsburg home to the largest mural in the state once it is completed.

“It’s going to be pretty cool, and that is one the things we are looking forward to in 2022,” Peak said.

In other news, Peak said the village has seen business growth and improvements over the last 12 months.

“The Gateway Shopping Center got a total facelift and is looking really good,” he said. “And one thing we can always be proud of is the Edwardsburg Sports Complex, which continues to expand and grow.”

In the next year, Peak is looking forward to continued improvements in the village, including the clean-up of Gunn Park. He said the village is currently looking at ways to expand beach access at the park to allow for activities such as fishing and swimming.

In Ontwa Township, Supervisor Jerry Marchetti and Deputy Supervisor Brigid Forlenza said there was much to be proud of in 2021.

In mid-January, the township board approved returning to regular hours and the town hall fully opened. A new parks and recreation plan was approved, which will guide parks development until 2025. Ordinance approvals were many, impacting topics such as short-term rentals, accessory dwelling units and ice retardant systems/bubblers. A new deputy zoning administrator was hired, and the Cass County Road Commission was contracted to resurface and repair township roads.

“As part of our Capital Improvements Program, upgrades were completed at the main lift station.  The project was comprised of new tanks, an upgrade to the electricity, new electrical controls, and a climate-controlled cabinet for the chemical feed pumps. Further upgrades included a stand-alone shower and a Vogelsang x-ripper being installed upstream of the lift station,” she said.

Marchetti said he is hopeful that 2022 will be a busy year for the township, adding that he is excited about working with the village to potentially add a trail along Elkhart Road from Gateway Road to Windsor Drive.

In addition to sharing the trail project, Peak and Marchetti share hope for an end to the COVID-19 pandemic in 2022. Peak is hopeful that 2022 will allow local businesses to recover from COVID-19 losses and setbacks.

“I hope that everything will open back up and that people will go to restaurants and visit the businesses in town to really support them and help them get back on their feet again,” he said. “The last couple years have been really tough on small businesses, and we are hoping that everything COVID-related takes a turn for the better.”

Edwardsburg schools to honor board members during annual recognition…