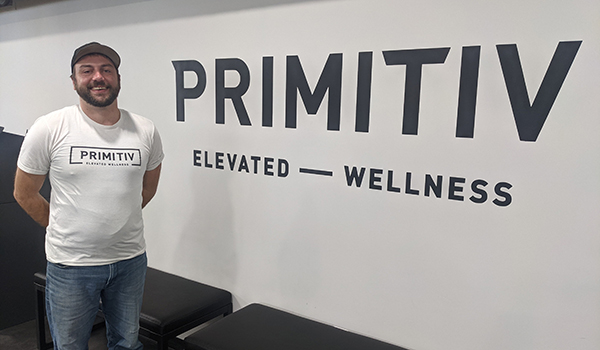 NILES — A new marijuana business aims to provide a quality product while educating the community on its health benefits.

After more than a year of development, Primitiv has opened its doors to the public at 1286 S. 11th St.

Owned by Detroit Lions Hall of Famer Calvin Johnson and fellow Lion Robert Sims. Jr., Primitiv has been conducting a “soft open” for about two weeks, according to manager Ryan Horn.

“We wanted to give the team an opportunity to kind of work the system out,” Horn said. “It’s going really well. So far, we’ve gotten a lot of great reviews. We’re a very different type of place. We’re very focused on the science of cannabis, cannabinoids and terpenes. It’s just been a great experience so far.”

The business is currently open from 11 a.m. to 7 p.m. Monday through Friday and will eventually be open seven days per week. Horn said that while Primitiv will officially open Jan. 10, the business will still be in an “opening phase” at that time.

“We’ll probably save a grand opening ceremony when the weather is better,” Horn said.

While the menu is not yet complete, Horn said the business has a number of products including pre-rolls, gummies, concentrates, clothing and more.

“We’re testing the market a little bit,” he said. “I’m letting folks come in and enjoy the space, learn a little bit about cannabis and see if there are products that the people of Niles would like for us to carry and just kind of touching base with everyone.”

A Niles native, Horn has had a bird’s eye view as the city developed into a cannabis hub in the industry.

To illustrate his point, Horn motioned over to a case on the wall with a lone trophy inside it. According to him, an employee won a pool hall tournament in the building, the site of the former Billiard Garden.

“I think for us it’s really been sort of a symbol of the transformation of the city of Niles,” he said. “I think the city has taken advantage of a new and exciting industry. It’s something that young folks can get excited about, I hope, with new career paths.”

While Primitiv is in the business of selling provisions, Horn and his team are passionate about making effective contributions to the area. The business has adopted a highway in the area, volunteered at a local food shelter and picked up trash at Memorial Park.

“We’re making sure that we’re positive, contributing members of the community,” he said. “We do a lot of outreach. We try to be as involved in the community as a team. As much as we love cannabis and we love this industry, we also love the communities that we serve, and it’s important that we give back as well.”

Primitiv makes sure to emphasize the science behind cannabis and the benefits that come with it, Horn said. Cannabis has long been important to Horn, who uses it to help with his degenerative bone disease and other issues.

“I’ve got a crazy amount of inflammation,” he said. “Rather than taking a number of pharmaceuticals and synthetic drugs, I found that THCA, which is a cannabis-derived cannabinoid, really helps reduce the inflammation almost instantaneously. The pain relief is just incredible and knowing how to apply it without getting too intoxicated, if you will, is critical to having your great experience with cannabis.”

After renovating the space, Horn said the process leading up to the opening was long but worth it.

“It’s heavy-compliance industry, so it was just making sure that we’re trying to do all the right things by the city in the state,” he said. “Those have been big hurdles and then outside of that, we’re kind of a young company, so there are some opportunities for growth there. Otherwise, it’s been a very enjoyable experience, and it’s just new. The obstacles that we’ve come across have just been because this is something new, and we are very excited to overcome those.”

With the facility finally open, Horn encouraged community members to stop by for an “elevated” experience.

“We’re trying to make it as exciting as possible, so when folks come in, they get the most bang for their buck at the opportunity to learn and meet the staff,” he said. “We hope everyone just has a great time learning about cannabis here.”