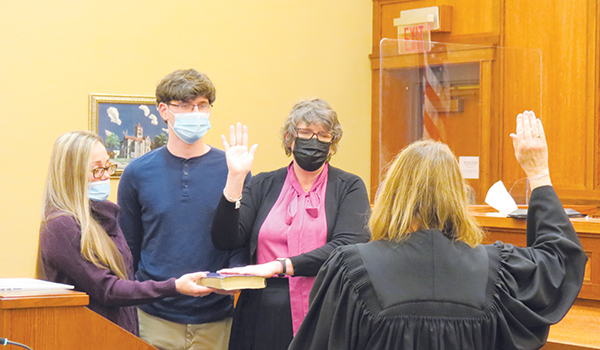 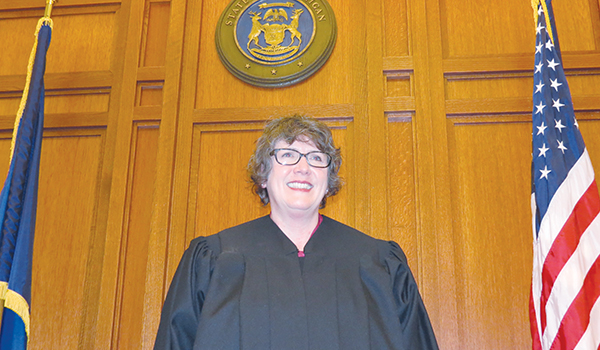 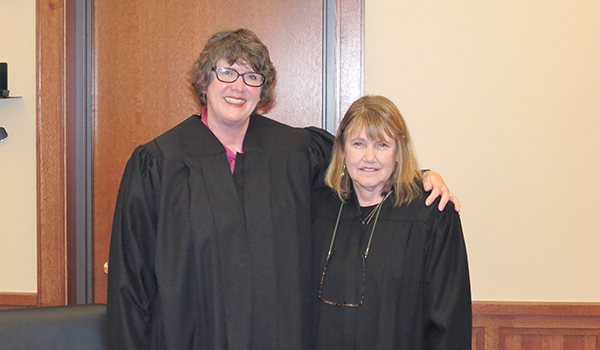 CASSOPOLIS — A new judge is stepping up to the bench in Cass County.

Monday, an investiture ceremony was hosted to welcome Carol Bealor as a probate court judge in the county. Bealor’s appointment to the probate court was announced by Gov. Gretchen Whitmer in November to fill the partial term left by retiring Chief Judge Susan Dobrich.

“I’m overwhelmed by all the kindness that has been shown to me, not only my entire life, but today especially,” Bealor said before a packed courtroom after officially being named judge. “Looking out at all these faces, it’s hard not to tear up.”

Prior to Monday’s ceremony, Bealor served as the court administrator, Friend of the Court director and circuit court attorney referee for the Cass County Courts. She also serves as an adjunct instructor at Southwestern Michigan College teaching business law classes. Before joining the court, Bealor was a private practice attorney where she practiced criminal and civil litigation, family law, and child protection proceedings. In addition, she served as a Cass County assistant prosecutor, Cass County public defender, and an attorney member of Cass County’s Family Treatment Court, Sobriety Court, and Adult Treatment Court.

Bealor earned her Juris Doctor degree from Valparaiso University School of Law and a bachelor of arts in government and international studies from the University of Notre Dame. She currently serves as the president of the Cass County Bar Association and as a member of the State Bar Access to Justice Policy Committee.

Bealor currently resides in Cassopolis with her family, who joined her at Monday’s ceremony, where she was sworn in as a judge.

“Mom has dreamed of becoming a judge for as long as I can remember, and here we are witnessing that dream come to fruition,” said Bealor’s son, Aaron, during the ceremony. “I know Mom will be great in her new role because when something new comes her way, she learns, adapts and succeeds.”

Judge Dobrich agreed that Bealor is the right fit to take on the role of probate judge.

“I’ve had the pleasure of working side by side with Carol for the last nine years,” Dobrich said. “She is intelligent, compassionate, but most importantly, organized. … I know Carol will be an asset to this court because she already has been one. [She is] committed to excellence, and that will serve [her] well.”

Following her swearing-in, Bealor said she was “humbled and honored” to serve as a Cass County probate judge.

“I have always tried to remain humble and use my profession to assist others,” she said, donning a black judicial robe. “I have chosen to be a public servant because I believe that together, we can make a real difference, and together, we can accomplish so much. Serving my community, especially its most vulnerable is what is most important to me, and I look forward to what we can accomplish together.”