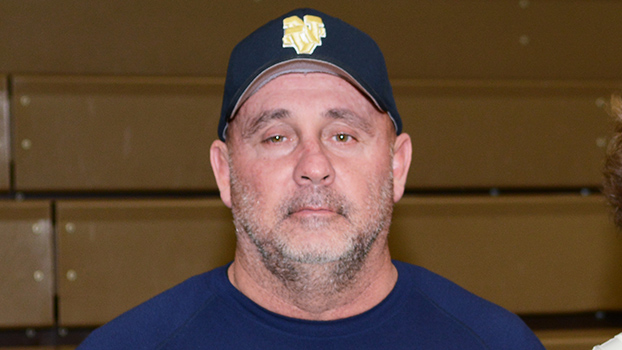 Former SMC wrestler and Niles Coach Todd Hesson has been named as the coach of the Roadrunners. (Leader file photo)

DOWAGIAC — Former Southwestern Michigan College wrestler and Niles wrestling Coach Todd Hesson has been named as the Roadrunners’ head coach as it revives its program after more than 25 years.

He went on to wrestle for Findlay College in Ohio, where he was a National Association of Intercollegiate Athletics Nationals qualifier while earning a bachelor’s degree in business administration.

Hesson was happy when SMC announced that it was bringing back athletics, especially wrestling. Now he has been put in charge or resurrecting the program.

“I was very glad that they brought sports back, having been a part of it with Coach Judd,” he said. “I am very fortunate. It feels like you have a little more vested into it when you were there, and you just want to re-boot it and get it going again.”

Hesson feels he has come full circle with his being named the Roadrunners’ head coach.

“I am very lucky for that part of it,” he said.

Hesson stepped down as the Niles coach following the 2020-21 season.

“We are excited that Coach Hesson has accepted our head coach, men’s wrestling position,” said SMC Atheltic Director Rodell Davis Sr. “Todd is a high-character person who will help our student-athletes reach their goals on and off the mat. He is a coach who will have his team’s best interest at heart, especially in the classroom. As a former Roadrunner, he has first-hand knowledge of the great academic opportunities that SMC provides to all of its students. His coaching experience and local connections are important and make him a perfect fit to restart our program.”

“We are never more pleased than when a Roadrunner returns to the nest,” said SMC President Dr. Joe Odenwald. “Coach Hesson has deep knowledge of the sport and great local relationships to help us start fast. We’re going to leverage the passion of this community for wrestling, recruit committed student-athletes and support their success. It’s going to be a lot of fun to watch.”

The Roadrunners will return to the mat in 2022, along with volleyball, men’s basketball and women’s basketball. They will all compete in the newly renovated First Source Fieldhouse.