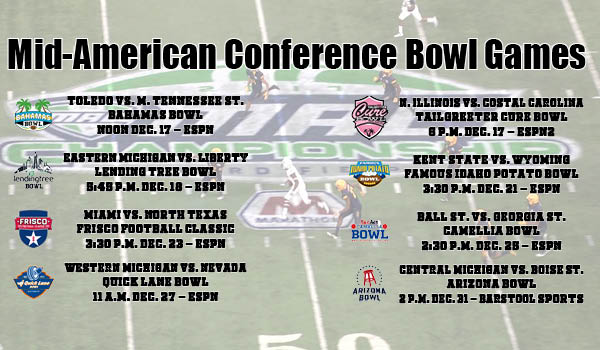 The eight bowl invitations top the Conference mark of seven set in 2012 and 2015.

“I could not be happier for our students, coaches and fans selected to play in a Conference record eight bowl games,” said MAC Commissioner Jon Steinbrecher. “The matchups are exciting and present opportunities for memorable experiences for those involved. I appreciate our bowl partners who work all year to facilitate unique experiences for game participants and fans.”