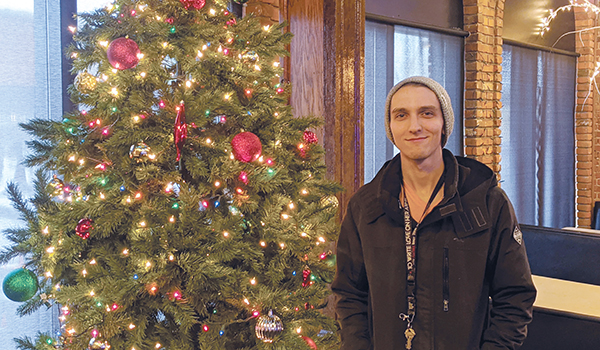 NILES — A local organization is giving area children the opportunity to participate in the gift-giving process this Christmas.

Uptown Notion will be hosting its inaugural Kids Only Christmas Shop from 4 to 8 p.m. Sunday at The Rage, 219 Front St.

The event will allow children ages 13 and under to purchase gifts $5 and under for their parents and/or siblings. Event coordinator and part-owner of The Rage Chance Smith aims to make the event a wholesome experience for the whole family.

“I’ve just heard that people have memories of this event or memories of doing this in school or something like that,” he said. “I think it has resonated with a lot of people that were really excited.”

According to Smith, participants will enter The Rage before being greeted by an “elf” and given a number, name tag and form to fill out. The form will consist of information used to help each child find the perfect gifts.

Upon hearing their number called, the child will accompany the elf with the same number to the gift area, where they will spend roughly five minutes picking out and paying for their gifts and having them wrapped.

Parents are asked to make sure their children have the amount of money they are planning to spend so the elves can find gifts that fit in their budget. Children will be able to purchase one gift per parent and/or sibling in the household.

While the child is with the elf, parents can stay in the main space, take pictures with Santa, who will appear at the event at 5 p.m., and enjoy the official lighting of the patio at 6:30 p.m.

Coffee will be free and there will also be snacks and drinks available for purchase.

Smith said the idea was inspired by a similar event he attended with his sister as a youth.

“When I was five or six, my sister and I would go to this little Christmas shop where you basically just buy presents for your family,” he said. “I bought gifts for my sister, and she bought some for me. As Uptown Notion, we basically created this event for those kids that kind of haven’t had a Christmas shop experience like that.”

Initially unsure about the reception the event would receive, Smith was surprised by the amount of positive feedback the event has received on social media.

“We honestly thought it was gonna be kind of a small thing,” he said. “We had just got done doing Uptown Fright Fest, and we added this onto the list for Christmas, and the response has just been insane. We’ve kind of kicked it into second gear and have to make sure this is even bigger because we were only expecting 50 to 100 kids. The responses have been amazing.”

Between the efforts of Uptown Notion and the anticipated return of The Rage, the event is just the latest way Smith and his family hope to make a positive impact on the community.

According to Smith, Uptown Notion already has six events planned for 2022.

“That’s our goal,” he said. “Our initial goal was to start small within the restaurant and with just our second event, It’s already gotten much bigger than we anticipated. We’re really excited to grow more and get more help from the community.”