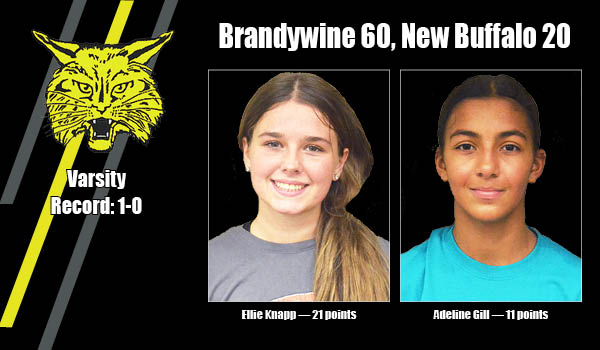 “[We] played well for the opening game with our young team,” said Brandywine Coach Josh Hood. “A ton to improve on, but overall, the pace of play was what we like, and we had enough pressure on ‘D’ to cause chaos. Looking forward to working with our group this season and watching their development throughout.”

The Bobcats grabbed a 15-7 lead after one quarter. The pressure defense forced the Bison into numerous turnovers, which led to easy baskets for Brandywine.

Brandywine returns to action Tuesday when it hosts Bridgman in another BCS non-divisional contest.

Visiting Dowagiac was outscored 40-21 in the second half by Watervliet in the Panthers’ 57-33 non-conference win Tuesday night.

Dowagiac is back on the court Thursday night as it hosts Paw Paw for its Wolverine Conference opener.