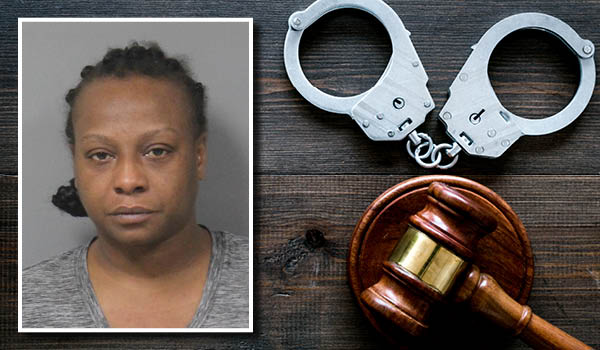 Jennifer Centerial Allen, 35, of Niles, pleaded no contest to third-degree arson and was sentenced to 30 months to 10 years in prison. She has credit for 273 days already served and must pay $198 in fines and costs.

Sanford said his client has significant mental health issues and was going through a psychotic episode at the time of this incident.

“We did investigate and spoke with the Niles police department on the number of calls she made to police,” he said. “She has significant mental health issues that were exacerbated by COVID when the calls to police skyrocketed.”

“One of the tragedies of the criminal justice system is the failure to recognize when there are mental health issues,” he said. “I can only recommend that she gets mental health treatment.”

Jack Timothy Farrow, 28, pleaded guilty to delivery/manufacture of a controlled substance and was sentenced to 51 months to 20 years in prison. He has credit for 10 days already served and must pay $198 in fines and costs.

The incident occurred May 4 when he was arrested by the Southwest Michigan Drug Enforcement Team.

“I want to say that I take full responsibility for my actions,” Farrow said. “I want to learn from my mistakes and be there for my son, he’s my world. I will continue to correct my wrongdoings.”

Judge Schrock acknowledged background information and issues raised by Farrow’s attorney, Peter Johnson, and said he would sentence him within the guidelines. “Just look at your record, it is what it is,” he told Farrow.

In another sentencing, a man who stole from vehicles and businesses in the area was given credit for time served.

Jeffrey Lee Davis, 44, pleaded guilty to larceny from a motor vehicle and was sentenced to credit for 69 days served and $1,497.95 in fines, costs and restitution.

The incident occurred Feb. 5. He stole items from vehicles as well as items from Shelton’s Farm Market in a case that was dismissed.

“The two to 17 guideline range is one tick from a straddle cell,” Judge Schrock said. “If you had scored for that, I would send you to prison. Addiction or no addiction, there’s no excuse for preying on people. Unfortunately, the legislature has tied my hands in this case.”