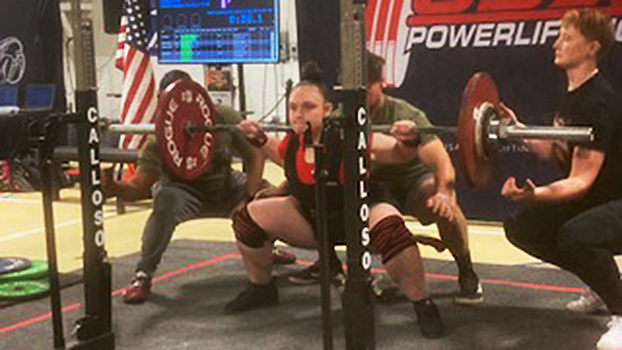 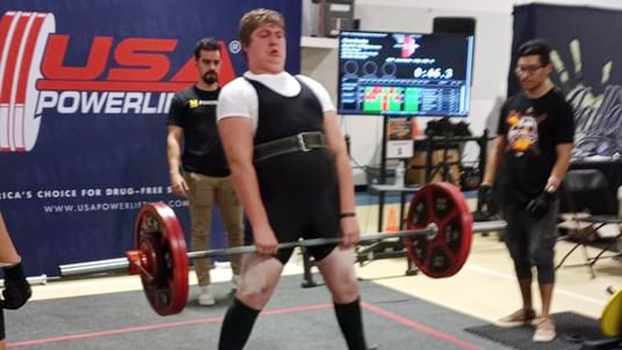 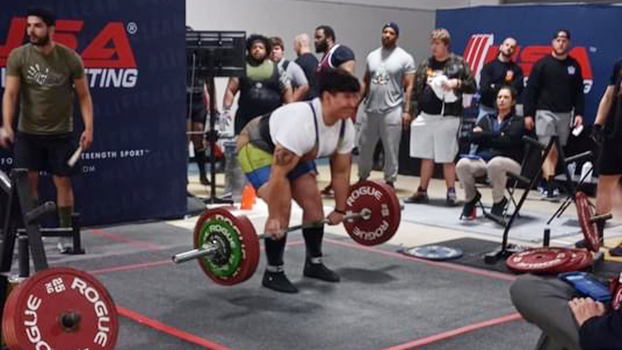 NILES — The Midwest Power youth lifting team had a near perfect day competing at the USAPL Michigan State Powerlifting Championships Nov. 6 and Nov. 7 at the Midwest Performance Academy in Niles.

The team finished with eight first-place finishes and one third-place finish over the two-day event.

Faith Bartley won the Teen 1, 76 kg class with a national qualifying total she achieved by her second deadlift. She even attempted a 300-pound final lift. Bartley is from Berrien Springs and had previously competed in powerlifting at Michigan Lutheran. She is involved with travel softball throughout the Midwest.

Kaydence Jacobs won the Teen 1, 84 kg division. Kaydence went 9-for-9, set a personal record in the deadlift, and achieved another national qualifying total at this meet. She also won first place at the USAPL competition hosted at MPA this past summer. Jacobs is a member of the Niles High School JV volleyball team.

Elizabeth Michelakis won the Teen 2, 84 kg equipped division. She was one of only two fully equipped lifters at the state meet. Michelakis set a personal record in the squat, tied her state record in the bench press, and achieved another national qualifying total by her second deadlift. Michelakis will be competing at the USAPL High School Teenage Nationals in Chicago come late March.

Paul Hess III won the Teen 1, 74 kg Push/Pull event. Hess went 3-for-3 on the bench press and won his division with his opening deadlift. He had already set state records in the squat and bench press, plus had a national qualifying three lift total this past summer here in Niles. Hess was a member of the Niles High School varsity football team as a freshman.

Michael Wright won the Youth 3, 48 kg division. Wright went 3-for-3 on the squat as well as 3-for-3 on the bench press. He even broke the state record on his third bench attempt. Wright won his division with the opening deadlift. Wright is a member of the Edwardsburg junior high football team.

Jacob Iwaniuk won the Youth 3, 59 kg division. Iwaniuk established state records on his third squat attempt, as well as with all three lifts on the bench press, and during all three attempts in the deadlift. Iwaniuk won first place at the Midwest Performance Championships previously. Iwaniuk plays travel hockey throughout the state and attends Ring Lardner Middle School.

Chase Brawley won the Teen 1, 120 kg division. Brawley was unable to compete this past summer due to an ankle injury sustained from travel wrestling. He did come back to play junior high football for Niles this fall. Brawley went 3-for-3 on the deadlift and even pulled more than 300 pounds successfully on his final attempt.

Jeffrey Thomas won the Teen 2, 120 kg division. Thomas set a personal record in the squat while going 3-for-3, and he even deadlifted more than 300 pounds, while going 3-for-3 in that event as well. Thomas took second place this past summer at the USAPL meet hosted at Midwest Performance. Thomas is a member of the Buchanan High School varsity football team.

Brian Soto took third place in the Junior, 120+ kg division. This was by far the one of the toughest weight classes, which included the winner pulling off an American record and all-time Michigan State meet record 810-pound deadlift. Soto went 9-for-9 and achieved a national qualifying total. His three-lift total was more than 1,250 pounds, which includes a raw bench press of 370 pounds. Soto is a Niles High graduate, and he was a member of the wrestling team that won conference, district, and regional titles.

Two members of the Midwest Power team were unable to compete due to injuries. Colin Hess, who has established a national qualifying total and won the Teen 2, 83 kg division at the Midwest Performance Championship, had knee surgery while playing varsity football for Niles this fall. Sarah Hosinski, who took second place in the 63 kg Open Division at the same meet last summer, has been dealing with back problems sustained from training.

Midwest Power took first place amongst the combined Youth and Teen [high school] teams that competed. The MPA team finished ahead of Hartman Performance out of Indiana in the overall standings. This event also saw the Power and Performance women from the Detroit area outlast the University of Michigan women’s team and the Petoskey Strength and Fitness women in the Open division. Michigan did win the Junior [collegiate] women’s division and Petoskey won the Masters women’s division.

On the men’s side, the University of Michigan men’s team finished ahead of Power and Performance men in the Open division, as well as winning the Junior [collegiate] Division in the men’s competition. They also finished ahead of the Michigan State Powerlifting Club and the Raw Strength men [formerly Warrior Training] out of Kalamazoo, who had won the Adult Team Award last summer at the Midwest Performance Championships.