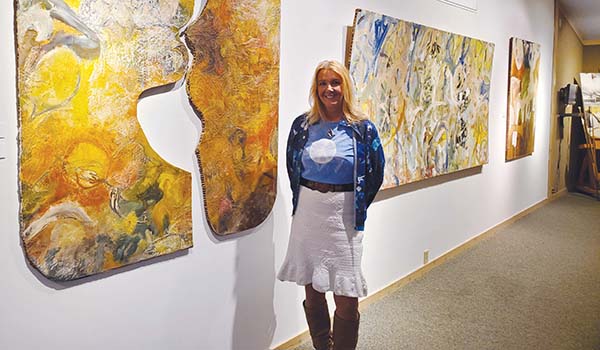 NILES — Over the weekend, a Niles venue was not only host to an art show featuring a regional artist — it was also able to facilitate an act of friendship that will keep the artist’s memory alive in Michiana for years to come. 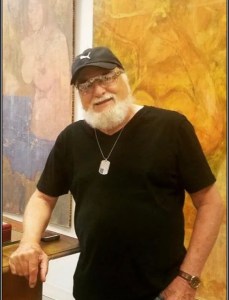 On Sunday, Fernwood Botanical Garden, 13988 Range Line Road, Niles, was host to a solo show for artist John Lenting. Currently in hospice care battling spinal cancer, Lenting was unable to attend the showing himself. However, that did not stop his good friend Shireen Cline from organizing the event and celebrating the showing in his honor.

Lenting, also known as Brabant Lenting, now of Hobart, Indiana, was born in s’Hertogenbosch, a town in South Brabant near the Belgium border in the Netherlands. He has shown professionally since 1976 and has been included in numerous private and corporate collections and has been represented by galleries in Chicago, Indiana and Michigan. He worked for the School of the Art Institute of Chicago for 17 years and specialize in abstract, mixed-media and oil acrylic art.

“He is a fantastic artist,” Cline said. “When he starts painting, he has no direction, but he makes something great. His love for art makes his work so unique.”

Lenting said art has been his form of expression his entire life, barely remembering a time when he did not paint. However, in recent months he has not been able to paint due to his illness.

Lenting said he was grateful to Cline for organizing the showing, saying it meant a lot to him to have his work shown at Fernwood.

“It’s overwhelming,” Lenting said over a Facetime call at the showing, emotion filling his voice. “I really wish I could be there.”

While Lenting could not be at the showing, his twin brother, Joe, was able to attend.

“I also have cancer, so I’m lucky I was able to make it here,” he said. “I’m usually weaker, but I wanted to be here for [John Lenting], who really wanted to be here. He is lying in bed right now wishing he could be here.”

Joe said he was moved to see his brother’s work presented in such a prominent way.

Before the event was over, Cline said she hoped those who attended left appreciating Lenting’s work as an artist.

As for Lenting himself, he said he simply wanted the world to enjoy his art.

“When people look at [my work], they can feel however they want to feel,” he said with a laugh. “I just want people to see it.”