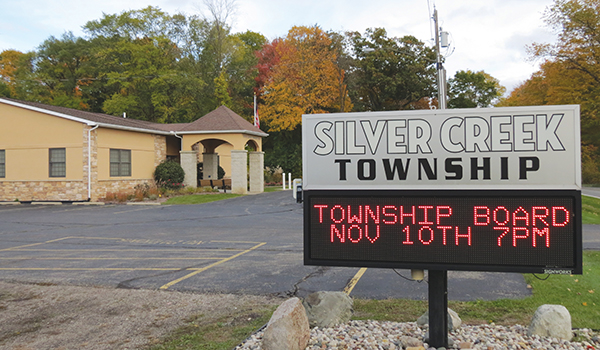 SILVER CREEK TOWNSHIP – A Michigan law that would change the landscape of short-term rentals statewide has at least one local official concerned.

Michigan House lawmakers last week approved legislation that would prohibit cities and townships from banning short-term rental housing and include short-term rentals as a valid residential use under Michigan’s zoning act. A nearly identical bill has been introduced in the Michigan Senate.

Silver Creek Township has been working on an ordinance to regulate short-term rentals dating back to August 2020 but decided to table the discussion in June 2021 pending state legislation.

While the legislation has yet to become law, it has already caused a buzz in Silver Creek Township, which is a popular vacation area with high interest in short-term rentals, which property owners rent out through services such as Airbnb.

“It’s going to be interesting to see what the state puts in there – how much control they take away from local units being able to control their housing market,” said Silver Creek Township Supervisor Bill Saunders. “We’ve had zoning for many-a-year, and now this seems to be taking away regulations for single-family homes.”

“I don’t know how it’s going to work out, what it’s going to do to the housing markets and so forth,” Saunders said. “A lot of people buy a home for peace and quiet in a particular area, and then someone rents a big party house.”

Proponents of the bill have argued that noise and nuisance rules are enough for communities to bring problematic renters in line.

“That’s going to be hard to control,” Saunders said. “A lot of places do not have the police or regulators to be able to enforce it. And how do you enforce it? How do you know when the place that should have 10 people at the maximum sleeping in it has 25?”

While the bill has yet to become law, Saunders said he believes the bill will pass the Senate, which has not set a date for its consideration.

“A lot will depend on how the bill is written, but I don’t think there will be much control for the township at all,” Saunders said. “If we do, we’ll have to institute something and have some kind of enforcement for it.”