Buchanan musician to host ‘The Nicest Place in America Concert’ 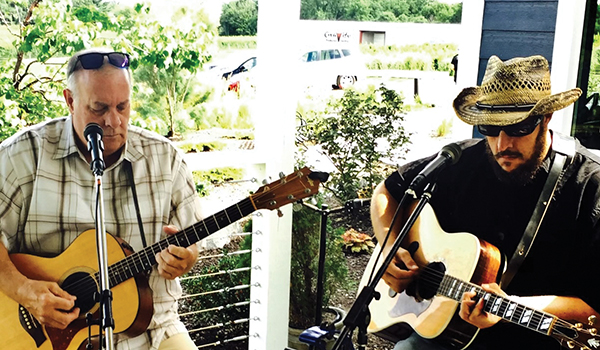 BUCHANAN — A local musician has been hard at work crafting an album just in time for the holidays.

The concert will serve as the live premiere of his new album “Small Town Come on Home to Me and Other Seasonal Songs.”

“It’s roots-based,” Van Dyke said. “They’ll hear an accordion, banjo, guitar, violin, piano and vocals. I hope they like it.”

The album — available now on Spotify — owes its origins to both the Reader’s Digest’s “Nicest Place in America” contest and the COVID-19 pandemic.  Van Dyke nominated Buchanan for the contest in the summer of 2020, a contest the city would eventually win. Inspired by the contest, Van Dyke wrote the title song and accompanying tracks at Davis Studios in South Bend, during the COVID-19 shutdown.

“Every lyric line has a place and a story,” Van Dyke said. “Our factories really did shut down and our war dead lay at rest at the edge of town on a hill. We marched and knelt over George Floyd with our cops, and I’ve got friends who differ with me politically.”

The shutdown gave Van Dyke plenty of time to put pen to paper.

“I live in a cabin in the woods and got tired of watching Netflix,” Van Dyke said. “I spent the time writing songs and picked the best ones. I was there for months on end fine-tuning everything.”

“This is my favorite song on the album, and the first one I wrote specifically for the project,” he said. “[‘It’s A Wonderful Life’ is] one of our favorite movies. I was insistent everyone sings the chorus.”

Van Dyke’s passion for music began at a young age. His father, John, taught him how to play the guitar at the age of 14. Thirty-seven years and four albums later, John can be heard playing piano on Van Dyke’s song “H-A-N-U-K-K-A-H”.

Maccabees,” Van Dyke said. “My favorite line is ‘shove it, Mr. Ava Braun.’ I like the imagery of der Fuhrer being taunted by a bunch of kids celebrating Hanukkah.”

Van Dyke hopes his new album is something listeners can enjoy and relate to entering the holiday season.

“I liked working with new people,” he said. “I like creating. It was all DIY at Davis Studios. I enjoyed listening to the finished product and I’m looking forward to performing.”