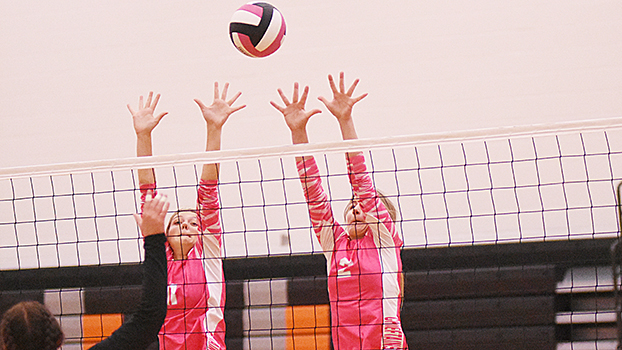 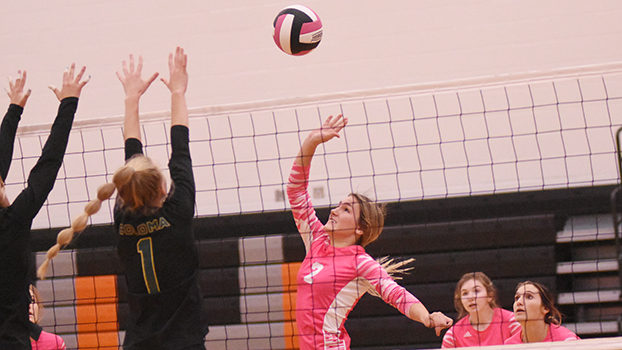 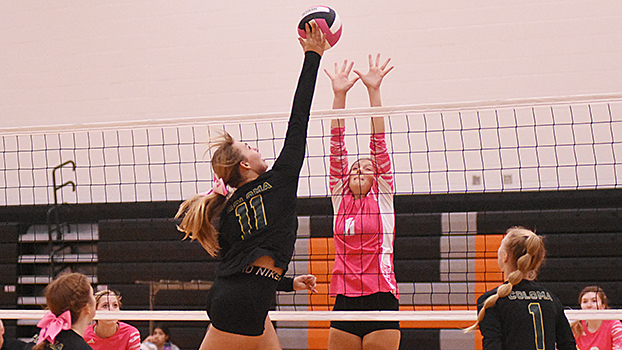 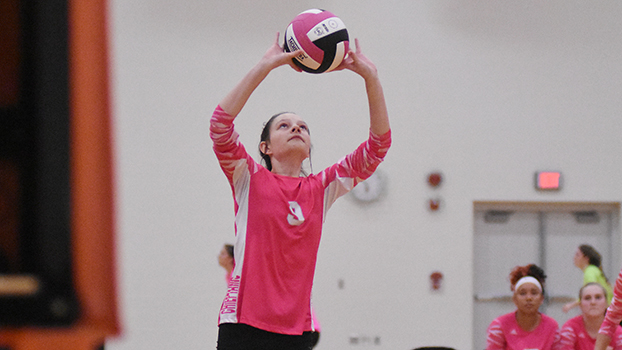 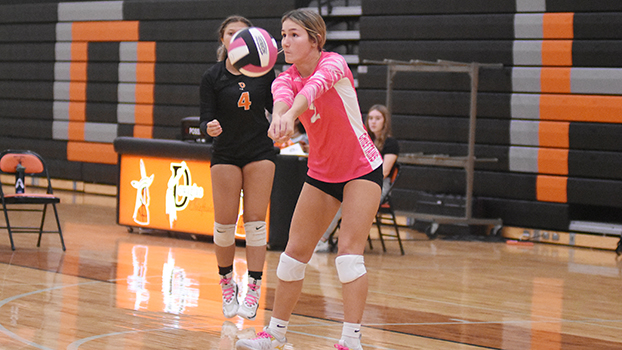 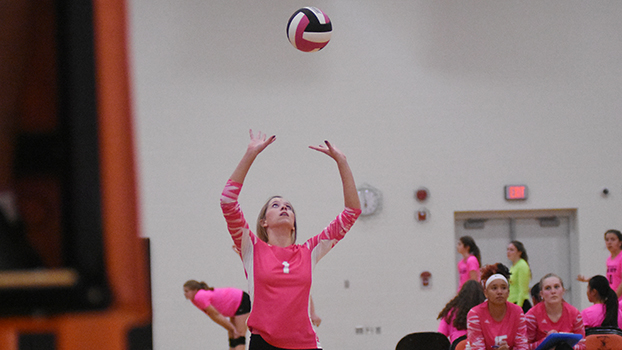 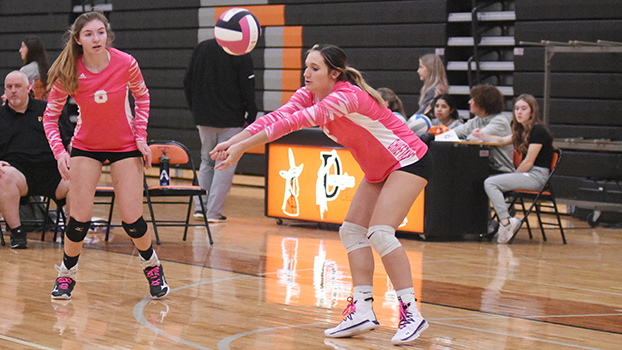 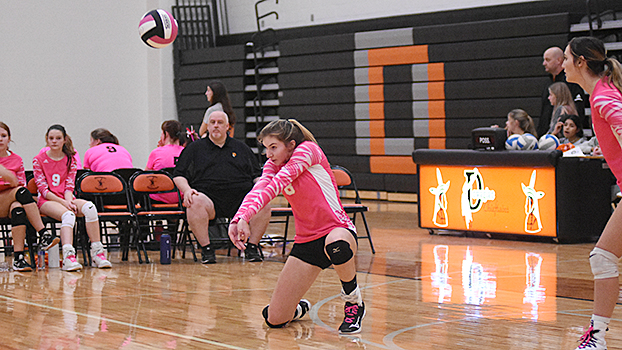 The Chieftains went 3-0 at its own Pink Out Quad, while the Bobcats swept Michigan Lutheran on Senior Night.

“I thought the ladies played well most of the night,” said Dowagiac Coach Tony Hooley. “We had an ‘off’ match where there wasn’t as much energy, but it was nice to get the wins.”

Davis had a team-high 28 kills to go along with five digs, four aces and an assist. Stack finished the night with 14 kills, eight digs, three aces, a block and 29 assists. Goins contributed nine digs and three aces with Allen adding two kills and a dig.

Dowagiac, the Division 2 District host, will face Berrien Springs in the second match Monday night. Coloma and Benton Harbor will open up the tournament at 5 p.m., with the Shamrocks and Chieftains to follow at approximately 7 p.m.

The winners advance to Wednesday’s district semifinals against Niles and Edwardsburg, respectively.

Sophomore Ellie Knapp had a team-high nine assists to go along with nine digs and a pair of aces.

Brandywine will travel to Bridgman to face Watervliet in the opening round of the Division 3 District Tournament Monday. The match is scheduled begin at 6 p.m. The winner advances to the semifinals to face Buchanan Wednesday night.