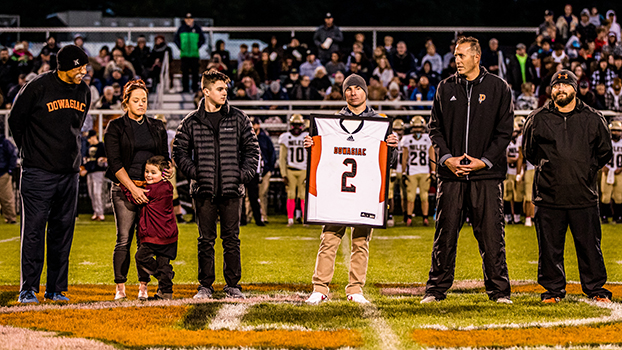 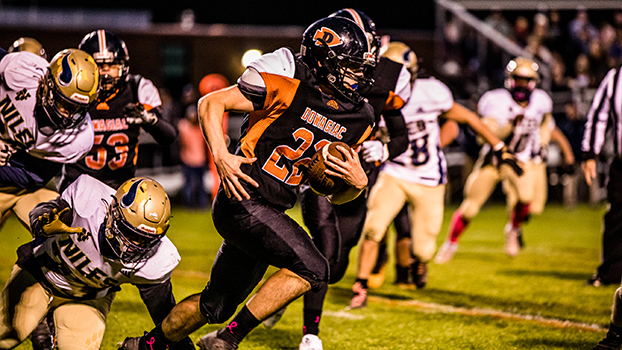 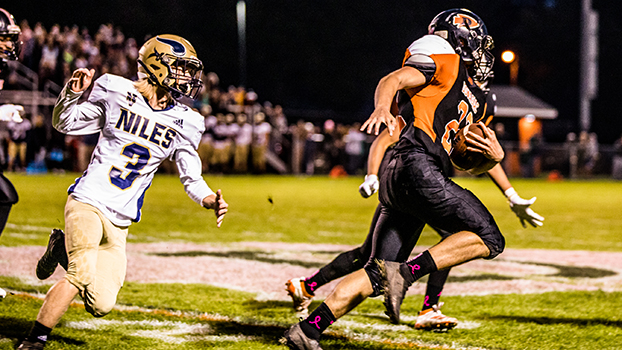 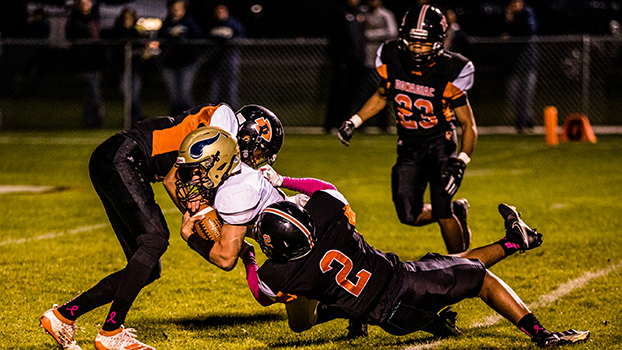 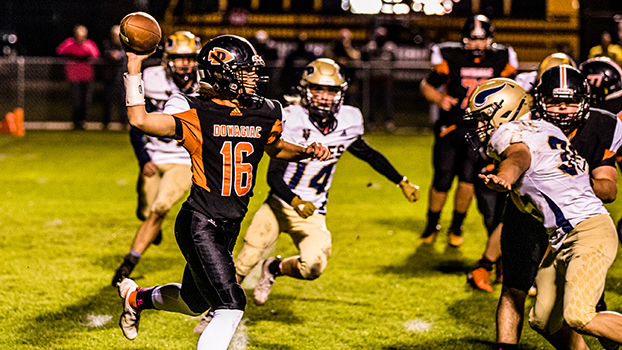 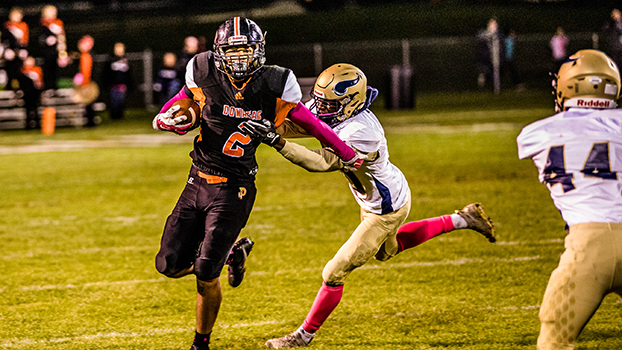 DOWAGIAC — No matter the outcome of the playoff pairings, which will be announced Sunday night, the 2021 season for the Niles football team will be considered a successful one.

The Vikings capped the regular season with a 46-0 victory over long-time rival Dowagiac at Chris Taylor-Alumni Field Friday night. The win gave Niles its first winning season since 2014 and only its fifth winning season in three and a half decades.

On the other side of the field, Dowagiac suffered the school’s first winless season. The Chieftains end the year at 0-9.

The statistics from Friday night’s victory do not tell the entire story. The Vikings finished the night with 170 yards of total offense. That type of number does not usually equate to 46 points, but when a team has 11 of its 12 possessions start in their opponent’s territory and the defense also scores, there are not a lot of yards to be had.

Niles (5-4, 3-4 Wolverine Conference) made the most of those short fields and the defensive effort it put in against a struggling Dowagiac offense, which ended the season with only 14 points scored. The Chieftains were shut out in seven of their nine games.

Under first-year Niles Coach Scot Shaw, the Vikings went with a youth movement, including nine freshmen on the roster and five sophomores, including quarterback Talon Brawley and running back Julian Means-Flewellen.

Means-Flewellen finished the night with 47 yards rushing and a pair of touchdowns. His scoring runs covered 24 and four yards. Brawley ended up with 53 yards rushing and a 3-yard touchdown run, while freshman Sam Rucker scored a pair of touchdowns — one on an 18-yard run and the other on a 42-yard fumble recovery where he took the ball out of the Dowagiac player’s hands and went the other way with it.

The Vikings’ other two scores came on a 1-yard run by senior Dan Gaya and a 35-yard field goal by junior Ezra Vance.

Dowagiac never crossed midfield in the contest and finished with minus-8 yards of total offense. A combination of Chieftain quarterbacks were 5-of-11 for 23 yards. Dowagiac had minus-31 yards rushing.

Niles left Chris Taylor-Alumni Field believing that they would qualify for the state playoffs for the first time since 2003, but the current playoff point rankings from the Michigan High School Athletic Association have the Vikings missing the postseason by one spot.

Under its new playoff format, the top 32 teams in each division advance to the playoffs.