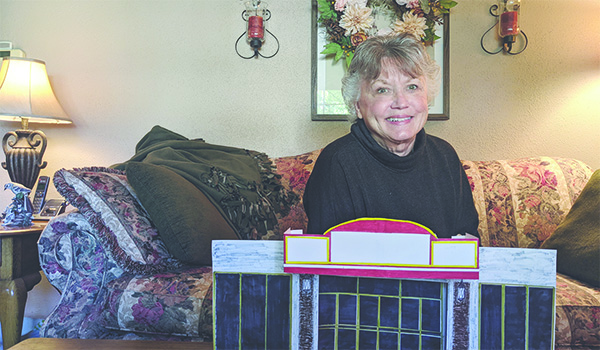 NILES — Donna Bradfield is on a mission.

Crowned Miss Niles 1968, Bradfield has returned to the pageant scene determined to rekindle the flame of the Miss Niles Pageant as chairwoman of its scholarship organization.

Bradfield — who in 2012 helped establish the Southwest Michigan Blossom Queen Sorority, a nonprofit of past Blossomtime Pageant community queens — takes the reins from the previous chairwoman, Jennifer Iwaniuk, and hopes to boost participation and representation within the program after Niles did not participate in the 2020 Blossomtime Pageant.

“Niles always had a girl in Blossomtime,” Bradfield said. “I was crushed to find out [Niles] had dropped out. I just really want to see young women get involved with the process because it’s usually women my age putting things together. We need to bring younger people into the mix.”

The Miss Niles Scholarship Pageant will take place Saturday, Jan. 15, 2022, at Niles High School, with the theme being “Past, Present, and Future.” Applications will be distributed to local schools in the coming weeks. In addition to the Miss Niles crown, there are also pageant contests for different age groups as well as a contest for Mr. Niles.

After much discussion, the committee chose the “Future” route and will feature the iconic Ready Theatre in its theme.

Opened in 1927, Ready Theatre was once one of the premier movie theatres in southwest Michigan. Now owned by Moore Family Pictures, the historic theater is being remodeled for future use.

Pageantry has long been important to Bradfield. As a member of the Southwest Michigan Blossom Queen Sorority, she helped create The Royal Connection — a sorority-run consignment boutique — which opened in 2016 before closing in August 2020 due to COVID. Prior to its closure, the store featured more than 2,000 dresses along with shoes, jewelry and interview wear.

Proceeds were distributed to charities including the Shriners Hospital, Blue Star Mom’s, Blossomtime, and Hope Lodge, an affiliate of the American Cancer Society. The group also donates a scholarship to the incoming Blossomtime queen each year.

“It was really all things that women are normally passionate about,” Bradfield said. “Supporting children and protecting and empowering women through education.”

According to Bradfield, pageant participation has dipped in recent years, with just one contestant applying for the 2020 Miss Niles Pageant.

“That’s just not acceptable,” she said. “Not with a community as big as Niles with as many girls that are involved.”

Sports and other extracurricular activities are often hurdles for would-be applicants. Bradfield said she would be willing to work with girls who have other commitments.

“We can work something out,” she said. “I really want to see a healthy number in our participation again.”

Community service is another aspect of pageantry that Bradfield plans to emphasize.

“I think that’s important,” she said. “I think the youth have got to learn that it’s an opportunity to go out there and make a difference. It’s something that everybody should do but very few people do.”

With renewed energy in the program, Bradfield believes that the future of Niles pageants is bright and hopes young men and women take advantage of the opportunity.

“It opens doors for you,” Bradfield said. “You meet people you would never get a chance to meet. I think it’s a great opportunity for kids to grow and to learn skills they will take with them their entire lives. Once you learn how to interview properly, any job is yours.”