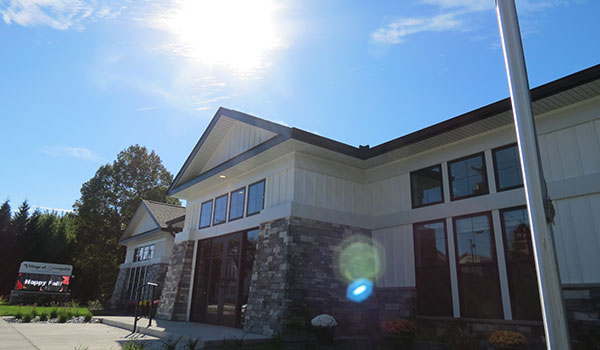 CASSOPOLIS – The new leader of a local police force will soon be sworn in.

After interviewing two internal candidates, the village of Cassopolis is nearly ready to announce its new police chief, pending approval of negotiations by the village board. The name of the candidate will not be released until the swearing in at 6:30 p.m. Monday, Oct. 25 at the Village Hall, 121 N. Disbrow.

The new chief will replace Brian LaValle, who left the department in July after five years as chief and 14 years total in service to the village. He took a job as an officer for the Pokagon Tribal Police Department.

Both candidates for the open chief position were subjected to an oral board interview with the Berrien County Sheriff and two chiefs from Berrien County, according to Cassopolis Village Manager Emilie LaGrow.

Village President David Johnson and LaGrow also conducted an interview with both candidates.

LaGrow said the village wanted a candidate who had experience in leading, as well as a person who would move the village forward.

“We’ve had a lot of new things happen here in the last few years between the new beach area and the new businesses that are coming in and projected to come in,” LaGrow said. “We grew in size, even land-wise, and we wanted someone who could continue to grow and make sure we are providing the services for our residents and our businesses that we should be providing them with. Both candidates were very good. I think either one would have made a good chief. It was a very difficult decision, but we tried to look at the overall best interests of the community and the department and where we want to go.”