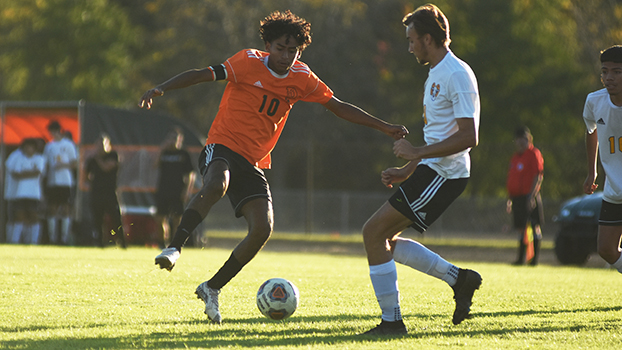 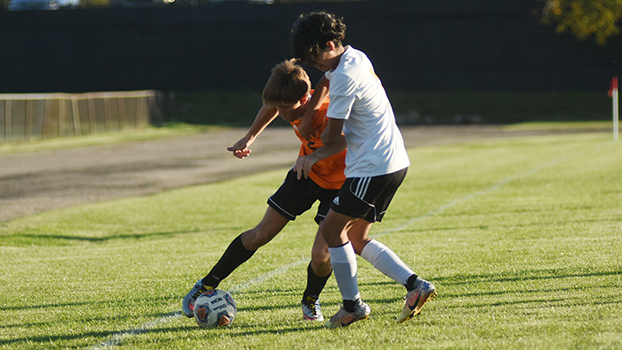 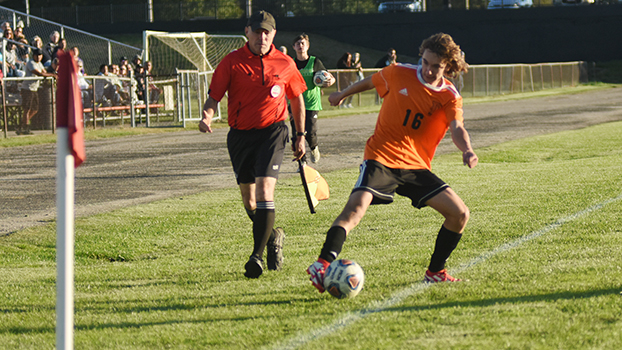 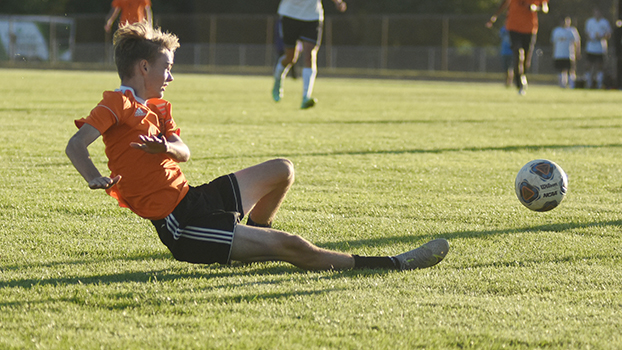 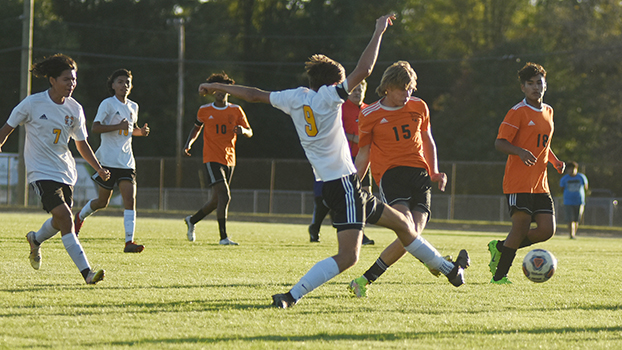 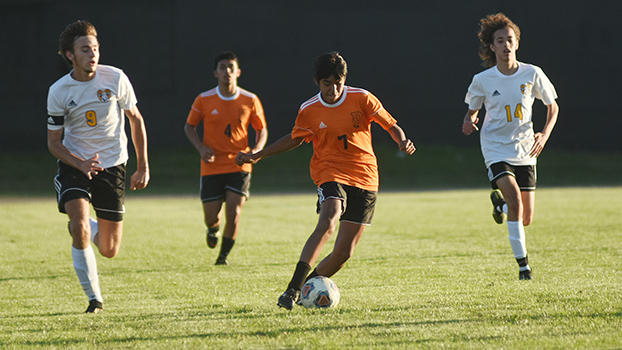 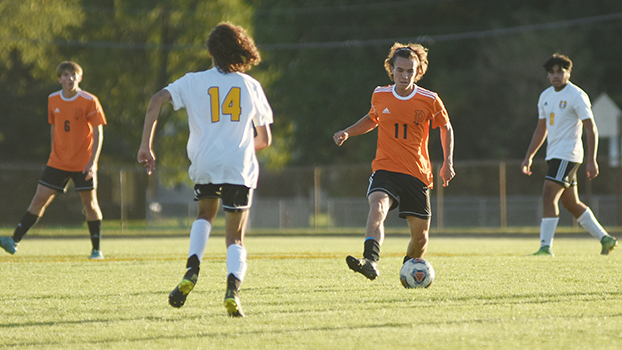 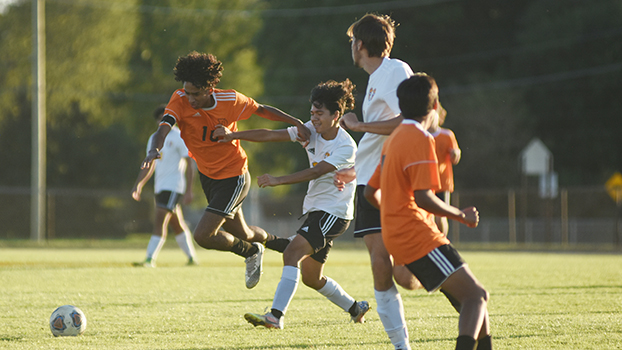 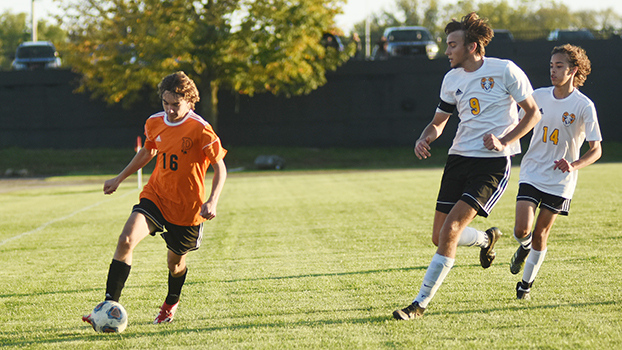 DOWAGIAC — Sometimes, the weight of being the favorite can affect a team.

That might have been the case for the Dowagiac soccer team in the Division 3 District semifinals against visiting South Haven Tuesday.

It took the four-time defending district champion Chieftains nearly 71 minutes to score against the Rams, a team they had defeated 6-2 in September. Once Dowagiac got the ball into the net, it did not take long for the Chieftains to add two more goals for a 3-0 win over South Haven and a spot in Thursday’s district championship match.

“I wasn’t necessarily nervous about losing as much as I was frustrated with how we were playing,” said veteran Dowagiac Coach Mike Williams. “We were forcing everything right down the center. Whenever any team does that, you might get lucky once in a while, but a team has four defenders, and they are packing it in. You are not going to go through all four of them.”

Williams said that once his team started to play the way it is capable of playing, a style that has netted four consecutive district championships, the complexity of the match changed.

Williams felt his team got impatient when it was trying to attack the South Haven goal. Once they slowed the match down and were more patient with the ball, the goals started to come.

“We are feeding to our forwards, who are checking to and they are not turning and running all the time. Tonight, my forwards didn’t turn and feed like they were supposed to.

“It was nerves. In our preparation, we didn’t have any games. We scrimmaged twice. I would have much rather played in the first round of districts. Now, if we would have had a bunch of injuries and needed to rest people, that would have been fine.”

Allex Hernandez got the Chieftains on the board with 9:17 remaining to break the scoreless tie.

Just over a minute later, Isaac Saavedra made it 2-0, and Dowagiac started to apply even more pressure on the South Haven defense.

Saavedra assisted on the final goal as he passed the ball to Chris Mosier, who beat the Rams’ goalkeeper with three minutes remaining.

Williams was happy with how his defense and goalkeeper Alejandro Martinez played to keep the match scoreless until the Chieftains were able to find the back of the net.

Dowagiac (14-4) will host Watervliet (18-2) for the district championship at 5 p.m. Thursday. The Panthers shutout Buchanan 8-0 Monday. Watervliet outshot the Bucks 23-5.

The winner advances to Holland Christian regional. The Dowagiac district champion will meet the winner of the Delton-Kellogg district. The semifinals of that district are tonight as host Delton-Kellogg takes on Parchment, while in the other half of the bracket, Olivet faces Hillsdale.