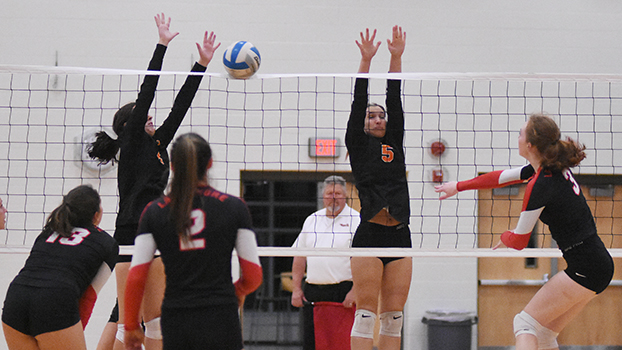 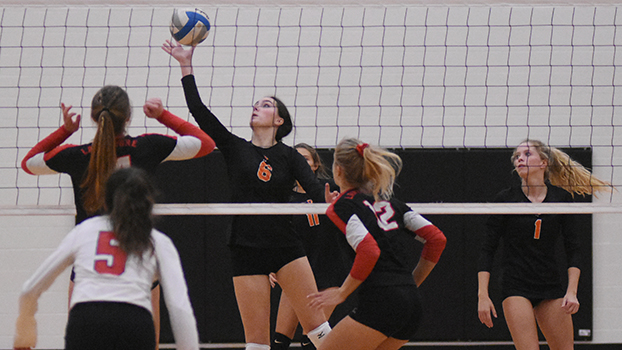 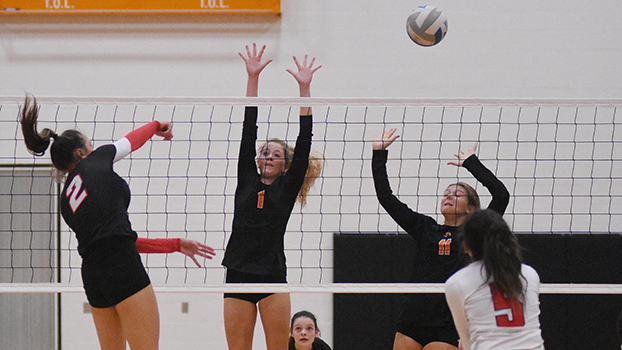 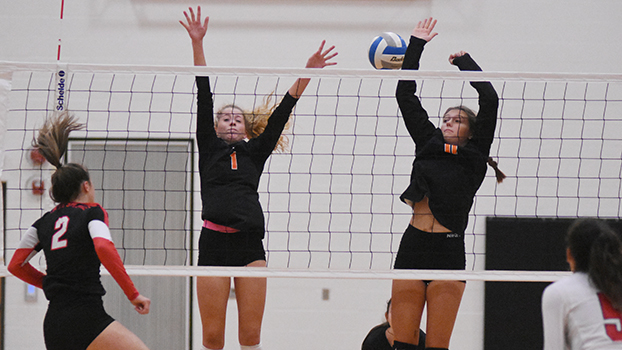 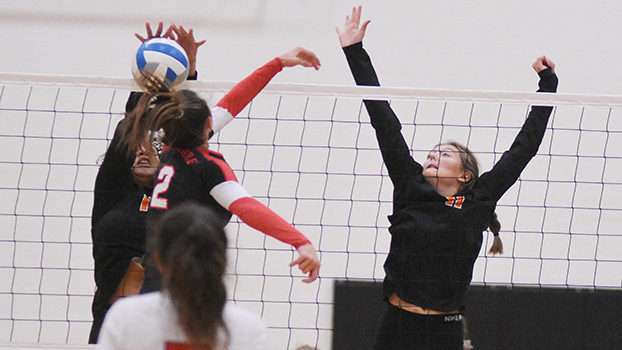 DOWAGIAC — Originally scheduled as a quad, Monday night’s volleyball match turned into a round robin, with Dowagiac hosting Watervliet and Lakeshore.

The Panthers went 2-0 on the night as they defeated the host Chieftains and the Lancers, while Dowagiac was 1-1.

Chieftain Coach Tony Hooley liked the competition Monday night as his team prepares for its Wolverine Conference finale against visiting Niles Thursday and its regular-season finale Oct. 27, which will be the Pink Quad with Coloma, Marcellus and Bridgman.

Dowagiac had to overcome a lineup change as middle hitter Abbey Dobberstein was out due to illness. Hooley liked the way his team responded to the adversity.

“I thought we handled it well,” Hooley said. “They stepped up. Several players had to move. Emma [Allen] moved to the middle, and Khloie [Goins] got more time at libero.”

Hooley said that the loss to the Panthers was more about how they played rather than his squad having to shuffle personnel.

“I just think it was a credit to Watervliet,” he said. “They just kept us on our heels. They are a good team. A solid team.”

A trademark of this Dowagiac team is that despite the score, the players never give up. According to Hooley, they scrap for every point, which sometimes results in a comeback victory such as the one against the Lancers.

After dropping the opening set, Dowagiac regrouped and slowly battled its way back into match, winning the second set, and then earning the victory with a win in the third and final set.

“In the past, we would get down, and we would get beat,” Hooley said. “We fight to the end, even if it is not going our way. We still have some fight in us, and I like that.”

Megan Davis led Dowagiac offensively with 20 kills. She also had 22 digs, while Riley Stack finished the night with 12 kills, 17 digs, 18 assists and a block. Caleigh Wimberley added 11 kills, a team-high 30 digs and a pair of aces.

Brooklyn Smith led the Chieftains with 24 assists. Maggie Weller had 18 digs and three blocks for Dowagiac.