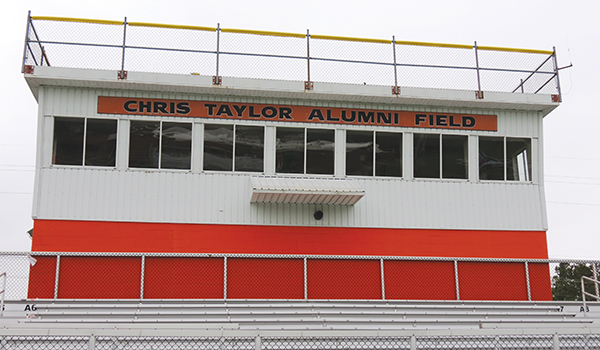 EDITOR’S NOTE: Last week, Leader Publications published an article titled “Dowagiac football fans irked by changes to season ticket policy,” which spoke to a former season ticket holder and Dowagiac Union Schools Superintendent Jonathan Whan regarding changes to the district’s season ticket holder policy.  Following publication, Athletic Director Brent Nate, who deferred to Whan when asked for comment on the original story, reached out to respond and offer additional information. While Leader Publications stands by its initial reporting, the following article is being published in the interest of fair and balanced reporting.

DOWAGIAC – Members of the Dowagiac football community have pushed back against criticism of the 2021 season ticket football policy.

In response to an article published last week by Leader Publications, Athletic Director Brent Nate added his perspective and expanded on the district’s reasoning for the new season ticket policy, which changed from offering guaranteed reserved seats to a guaranteed seat in a smaller reserved section directly below the press box at Chris Taylor Alumni Field.

In 2018, which Nate said was the last normal season for selling tickets because of a 2019 outbreak of Eastern Equine Encephalitis and the 2020 COVID-19 outbreak, the school only sold 50 percent of the allotted reserved-seat tickets.

“Of that 50 percent sold, about 50 percent actually showed up regularly,” said Nate, adding that the reserved seat section went from the 35-yard line to the other 35-yard line, and the majority of the bleachers would often appear empty while the corners of the looked fuller. “It wasn’t a good look.”

Given this dilemma, Nate and the school administration felt they had to act, so they came up with the new policy.

A letter was posted to the DUHS Athletics Facebook page on Aug. 18 notifying season-ticket holders of the change two weeks prior to the Chieftains’ first game. The intent of the changes was to give the appearance of a fuller, more exciting atmosphere for the football team to use to its advantage.

“Our goal is to create the best home-field advantage and atmosphere for our athletes,” the letter said. “We feel that these changes will assist in filling the Reserved Section to maximum capacity and creating that atmosphere.”

This was not the first time the school administration has thought about acting on this policy, according to Nate.

“Probably every year of my 11 years, this has been brought up by three different superintendents now,” Nate said. “We asked, ‘How do we create this atmosphere in the home bleachers?’ We’ve done everything we can.”

Nate is not the only one who sees a benefit to the policy. District parent Kris Soenen said she believes the policy was the right decision.

“There is no question that the long-standing support of community members that do not have players on the field is very much appreciated and needed by the district, as well as by the team,” said Soenen, who is also the president of the Greater Dowagiac Chamber of Commerce.  “But as a mom of a former football player, I support the district’s decision to change the ticket policy.  I have witnessed at many, many football games, many empty bleachers in the stands directly under the press box, and directly behind the team.

“The vacancies were always severely felt on inclement weather days when so many of those ticket holders would not show up in support of the team.  Additionally, during tough games, when Dowagiac was on the losing end of the score, I have seen those seats empty out well before the end of the game.”

Soenen added that the empty feeling impacted the players as well.

“I cared about what our boys felt when they would see the empty block of bleachers directly behind them, and not hear the raucousness that so many times lifts their energy and game,” she said. “From an emotional standpoint, which some might not understand, not being able to sit on the 50-yard line regularly when my son made varsity was, I will admit, disappointing. … I support the change for the opportunity for more ‘choice’ seats to be made available for the families of the athletes on the field.”

Nate said that while he understands changes like this can be hard, many people have told him they understand why the policy decision was made, and the stands have looked fuller all season.

“Our crowds have been fantastic,” said Nate, adding that the noise from the press box where he announced the homecoming game last week been was much louder. “[The team has] been having a tough year … but the support has been great.”

Nate said he still acknowledges and appreciates those loyal fans who still want to support the team by buying season tickets, but may not attend every game.

“If they didn’t care, we wouldn’t have these discussions,” he said. “They’re passionate, they’re loyal, they care about chieftain football. … It’s OK to disagree.”