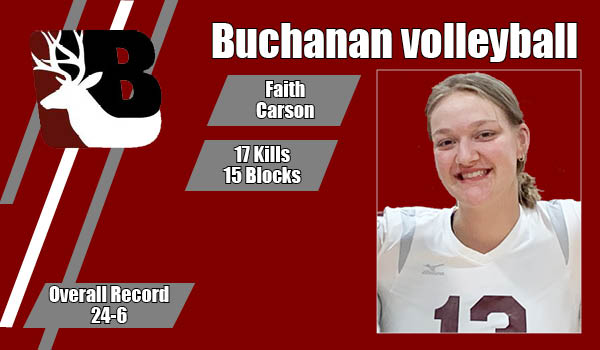 Faith Carson was dominating at the net with 17 kills and 15 blocks. Buchanan also got 15 kills from Josie West, eight digs from Alea Fisher and five aces from Lauren Strefling.

Visiting Lakeshore scored two goals in the first half and went on to defeat Niles 3-0 in the Vikings’ final regular-season match.

The two teams will meet again on the same pitch Thursday in the opener round of the Division 2 District Soccer Tournament. Play is scheduled to begin at 4:30 p.m.

Carson Pline had a pair of goals to lead the Lancers.