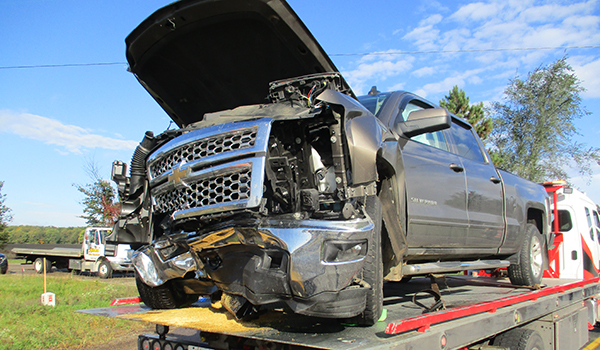 PENN TOWNSHIP — Two men were injured in a Friday morning crash, according to the Cass County Sheriff’s Office.

Sheriff Richard Behnke reported that deputies responded to a personal injury traffic crash around 9:30 a.m. Friday. The crash occurred at the intersection of Decatur Road and Fox Street in Cass County’s Penn Township.

Investigation of the crash found that a pick-up, being driven by Raymond Welburn, 70, of Jones, attempted to turn left onto Fox Street and collided with a southbound van, being driven by Carlton Cunningham, 55, of Cassopolis. Both drivers were injured in the crash and were transported via ambulance to the hospital with non-life-threatening injuries.

Welburn and Cunningham were both wearing seat belts at the time of the crash, and alcohol was not a factor, deputies reported.

Assisting on the scene were the Cassopolis Area Fire Department, Newberg Ambulance, and PrideCare Ambulance.