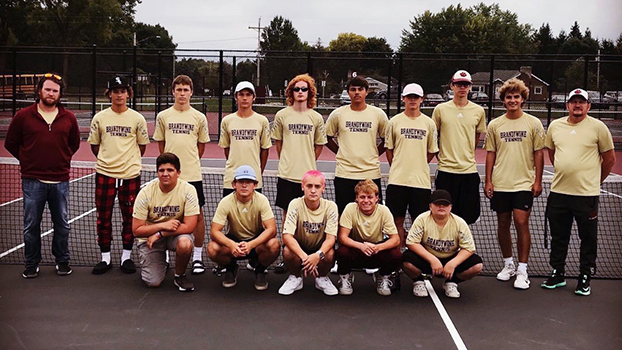 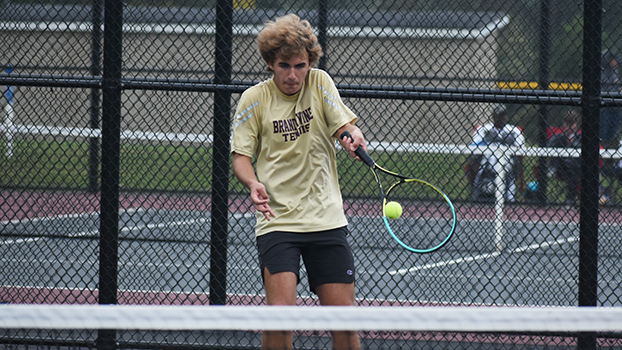 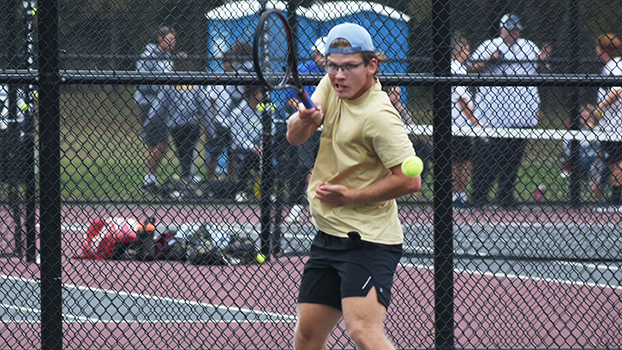 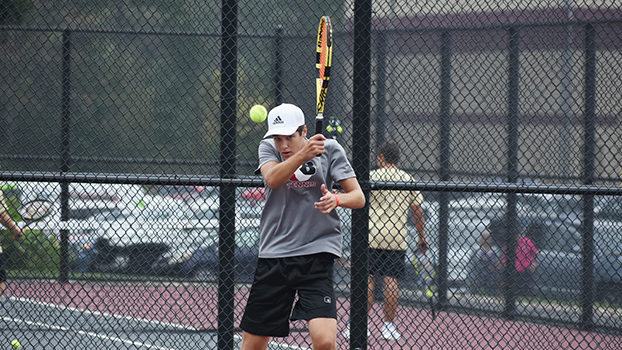 NILES — The 2021 Brandywine tennis season will not go down as one of the smoothest the Bobcats have ever experienced.

However, it will be remembered as one where Brandywine overcame all challenges and advanced to the Division 4 Boys Tennis Finals Oct. 15-16 at the University of Michigan and Ann Arbor Pioneer High School.

Berrien Springs swept all eight flights of the Division 4 Regional, which was hosted by Brandywine Wednesday. The tournament was moved up a day as the weather forecast called for rain most of Thursday and part of Friday.

Under overcast but dry skies, the Shamrocks scored a perfect 24 points to easily outdistance the Bobcats, who also earned a trip to the state finals by finishing as the runner-up with 10 points. Three Rivers just missed out on qualifying as they were one point behind Brandywine with nine.

New Buffalo/Bridgman/Lake Michigan Catholic was fourth with seven points and Buchanan fifth with three points. Bronson and Hillsdale rounded out the order of finish.

“I couldn’t be happier for our team,” said Brandywine Coach David Sidenbender. “We have had to overcome a lot this year and really haven’t been playing long together. We’ve had five players out off and on, and we really only have been playing together about two weeks.”

The reasons for the shifting lineup included COVID-19, dual-sport athletes and family issues, according to Sidenbender.

“We are a really young team and have improved so much,” he said. “Congratulations to Berrien. They are a very good team.”

Although the Bobcats did not win any flight championships, Brandywine was represented in three finals — No. 3 singles, No. 4 singles and No. 2 doubles.

Bode Bosch lost to Berrien Springs’ Yeonwoo Seo 6-2 and 6-3 at No. 3 singles, while Brody Prenkert was defeated by the Shamrocks’ Jack Elliott 6-0 and 6-0 at No. 4 singles. The Bobcats’ No. 2 doubles team of Triston Peterson and Ethan Adamczyk were defeated by Berrien Springs’ Erik Belin and Erik Blake 6-1 and 6-1.

Sidenbender was also pleased with his No. 1 singles player, Corban Gamble, who reached the semifinals before falling to Cho.

“I thought my No. 1 singles, Corban Gamble, and No. 4 singles, Brody Prenkert, really stepped up today and came through with wins we didn’t really count on,” he said. “The number of three-set matches we played was extraordinary and showed out toughness. State will be extremely tough, but I think they are definitely looking forward to it.”