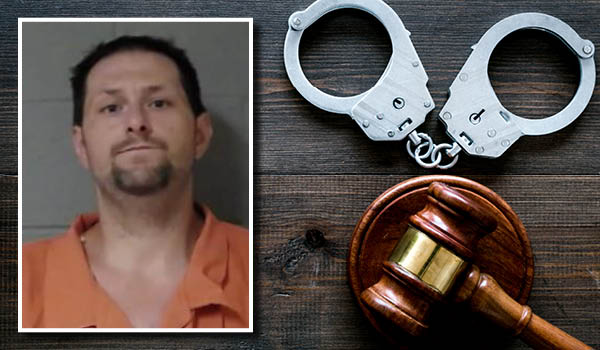 CASSOPOLIS – A Niles man was sentenced to a year in jail on drug and firearms offenses Friday in Cass County Circuit Court.

Justin Allen Payne, 37, of Rose Drive in Niles, pleaded guilty to possession of fentanyl under 25 grams and possession of weapons by a felon and was sentenced to 365 days in jail. He has credit for 108 days already served. He must pay $2,116 in fines and costs and forfeit his weapon.

The incident occurred June 16 at a home in Howard Township when police executed a search warrant. They found weapons as well as drugs. Payne also has a pending case for possession of cocaine in Berrien County.

“I hope he takes substance abuse classes while he is in jail,” said Assistant Prosecutor DeVante McCullom. “Fentanyl is very dangerous and has caused a ton of deaths. It is an extremely dangerous drug and I hope he takes this time to think about life and how to turn his life around.”

“I hope he takes the time to learn and decide where he wants his life to go,” he said. “He’s a young man. He can still have a good life or spend more time incarcerated. I only ask that the sentence is allowed to be served in any correctional facility.”

Payne acknowledged that he has to change his life. He noted that the time he has been in jail since June is his longest bout of sobriety since 2017.

“I would think you would be getting a little old for drugs and guns,” said Cass County Circuit Judge Mark Herman. “They won’t lead you anywhere except in front of me or another judge. If it happens again, you will very likely end up in prison. You can’t say you weren’t forewarned. Take this opportunity seriously to get your addictions under control.”