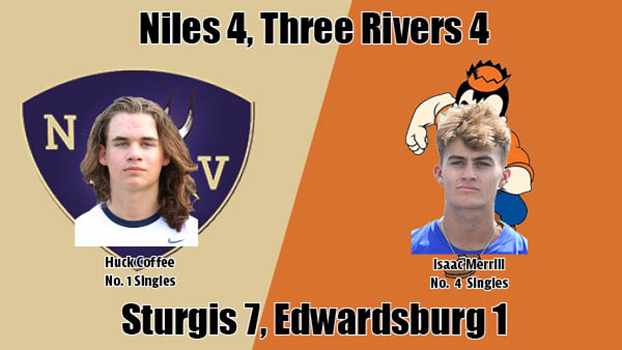 The Vikings won three out of four singles flights and the No. 2 doubles flight to earn the split with the Wildcats.

Niles picked up its lone win in doubles from Wyatt Mitchell and Aiden Krueger, who defeated Kayden Stratton and Justin McDonald 6-4 and 6-3.

The Vikings hit the road again Wednesday for a Wolverine Conference match at Sturgis. Play is set to being at 4 p.m.

The Eddies were defeated by No. 6-ranked (Division 3) Sturgis 7-1 in Wolverine Conference play.

The Eddies’ lone win came at No. 4 singles where Isaac Merrill defeated the Trojans’ Aiden Whitehead 7-6 and 6-4.

Edwardsburg will travel to St. Joseph for a non-conference match set to begin at 4 p.m. Wednesday. 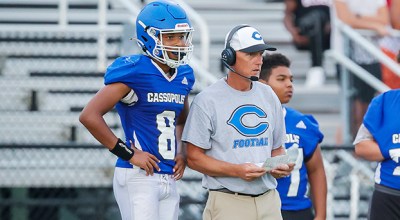 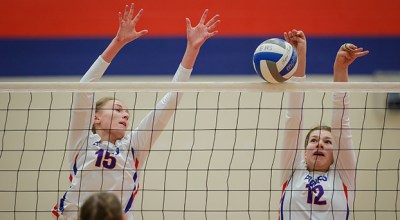